The APC gave all appointees aspiring for elective offices in 2023 till Saturday April 30 to relinquish their present appointment. 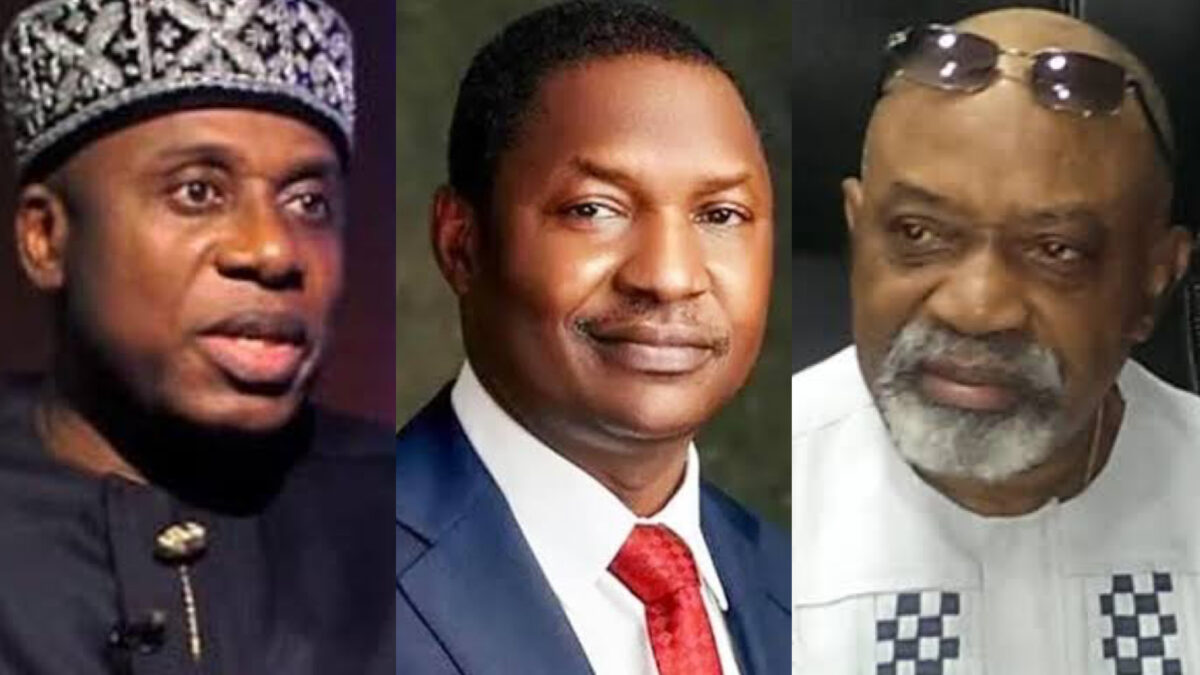 The ruling All Progressives Congress has issued a 72-hour ultimatum to cabinet ministers and other government appointees wishing to contest positions in the 2023 general elections to resign or forfeit their chances.

APC, in its elections guidelines for primaries, gave all appointees till Saturday April 30 to relinquish their present appointment  if they intend to participate in its forthcoming round of the party’s primary elections.

Messrs Amaechi and Ngige are gunning for the presidential seat while Mr Malami is eyeing governorship in his native Kebbi State.
The APC has fixed its the presidential primary to hold between May 30 and June 1.

The guideline directs “Any political office holder interested in contesting for an elective office” to resign 30 days to the date of the conduct of the party’s primary election for the office sought.

The guideline is in tandem with Section 84 (12) of the Electoral Act 2022 (as amended) which states that political appointees, including ministers/commissioners and special advisers, must resign in order to participate as delegates or contestants at their respective political parties’ conventions.