“Our concerns, for now, should be how to win the coming polls. Then, other things will follow.” 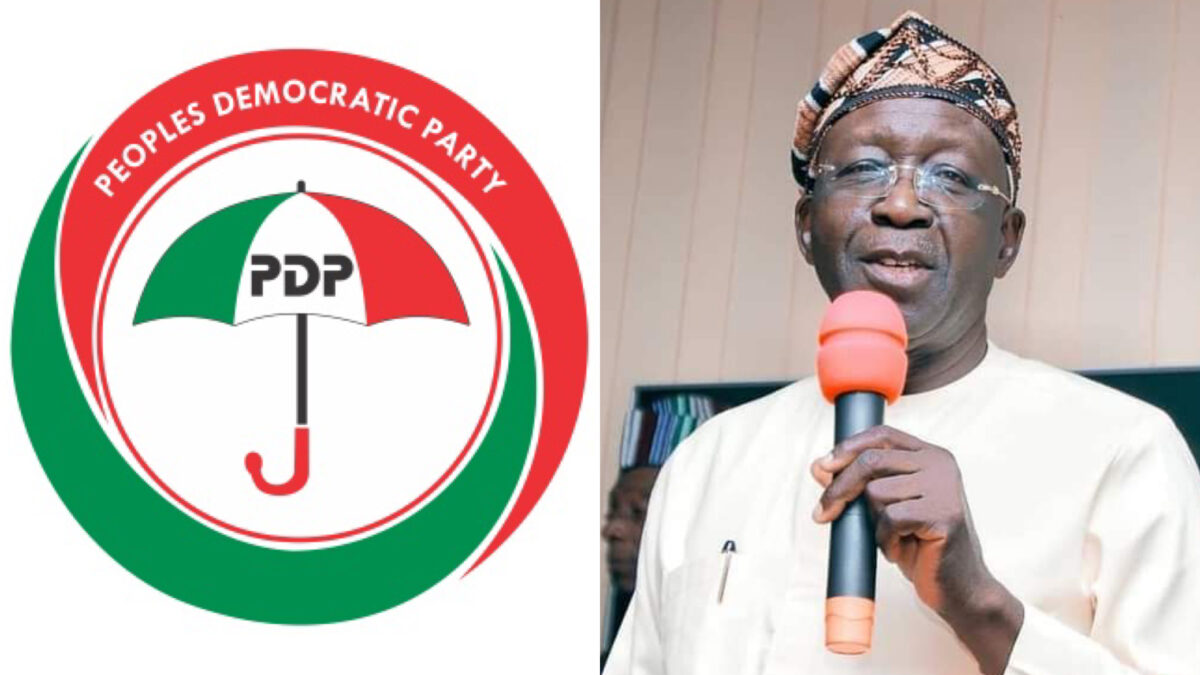 Former members of the National Assembly from the South-West geopolitical zone on the platform of the Peoples Democratic Party (PDP) have urged chieftains of the party to shelve their agitation for the resignation of the national chairman, Iyorchia Ayu.

The interim coordinator of the PDP South-West Forum of Former Parliamentarians, Yemi Arokodare, made the call in a statement on Sunday.

“Party members across the region should shelve all personal interests and work tirelessly for the success of the party in 2023 general elections, in spite of the lingering leadership crisis,” said the statement.

The group added, “We wish to appeal to all the South-West Party leaders to tarry a bit on their request that the PDP national chairman, Ayu, should step down as part of measures to address the lingering crisis in the party. This may further cause imbalance and instability within the party if allowed to linger.”

The group acknowledged the concerns of the party leaders and other stakeholders on the need to ensure fairness and equity in the party structure and noted the merit for inclusiveness of South-West within the party but urged that the demand should come after the general elections.

“Beyond this, we feel very strongly that what is important now is to work like we did in Osun state and win the next presidential, national assembly, gubernatorial and state assembly elections,” the PDP group explained. “Our concerns, for now, should be how to win the coming polls. Then, other things will follow.”

It also commended the party’s presidential candidate, Atiku Abubakar, for his consultation visit to the South-West as part of the ongoing nationwide consultations in preparation for the 2023 general elections.