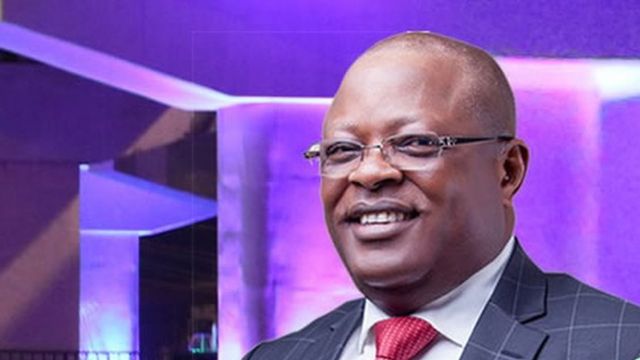 Apparently rattled by Peoples Gazette’s examination of his shady business practices in public service, Ebonyi Governor, David Umahi, has threatened to exterminate the Gazette’s reporters for beaming a spotlight on his sordid financial activities.

The Gazette had in an exclusive report on Friday exposed how Mr. Umahi transferred billions to his private firm from Ebonyi treasury, in brazen disregard for extant code of conduct regulations precluding senior public officials from conducting private businesses, except subsistence agriculture, while in office.

Brass Engineering, documents showed, had received more than N3.6 billion from Ebonyi coffers between 2011 and 2019.

The Gazette found that Mr. Umahi, who started transferring state funds into Brass Engineering shortly after becoming deputy governor to Martin Elechi in 2011, continued the suspicious transaction with his firm when he assumed governor himself in 2015.

The Gazette’s reporters came under severe security pressure from Mr. Umahi’s aides shortly after the story was published, with attendant requests for the report to be retracted or deleted entirely from our website and servers.

The governor’s aides, however, ramped up their forceful attempts to pull down the story by threatening to eliminate the Gazette’s reporters, should the newspaper persevere in its longstanding principle of keeping faith with its factual investigative reports, even in the face of intimidation and offers for inducement.

“You’ve just done harm to the image of Ebonyi State, and I can assure you that if you don’t retract it, we might fall out with you,” an aide to Governor Umahi, who called in to express displeasure about the Gazette’s report said Saturday afternoon. “It’s not in terms of going to sue you, we know how to do it,” he threatened.

The governor’s aide, who indicated no interest to contest the Gazette’s findings, boasted that Mr. Umahi had made money before embarking into politics, hence had no reason to loot public resources.

“He (Umahi) has been in money before he became the governor. I’m not talking as though or because I’m an appointee, but if you come to Ebonyi State and see the unprecedented development going on in the state, you won’t be able to publish that (Gazette’s report),” he asserted.

A reverse lookup of the telephone number 08072844980 showed that it belonged to an office in Ebonyi State.

The governor is not a stranger to attacks on reporters. Barely last year, he sent out reporters from the Vanguard and Sun over critical reports of his handling of coronavirus pandemic in the state. The reporters were brutalised and humiliated.

When reached for comments prior to our publication of his suspicious use of state funds on Friday, Mr. Umahi had initially declined to challenge the accuracy of the Gazette’s findings. Instead, he sent a barrage of insults and threatened legal consequences in messages to the Gazette.