De Bruyne, Salah, others shortlisted for 2022 Premier League player of the season

The winner will be decided by a public online vote, which closes on May 16 at 6:00 p.m. 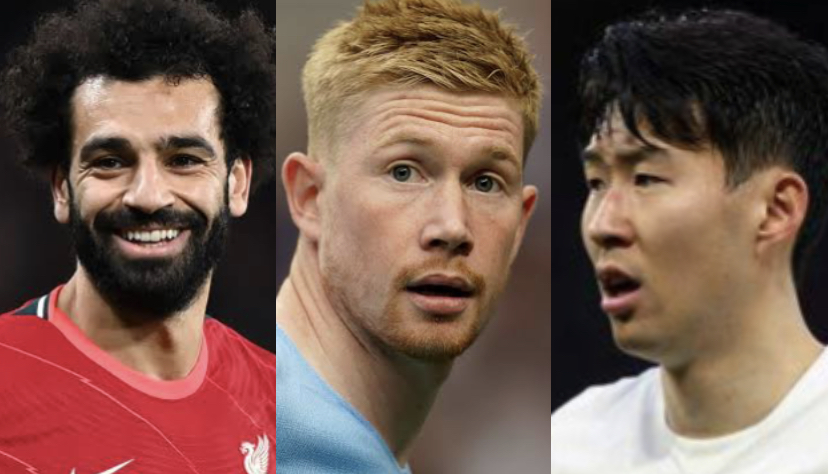 A fantastic start to the season means that Salah is presently the top scorer with 22 goals. He went on a 5-game goal drought from open play before getting on the scoresheet against Manchester United on April 19. He has not scored in the four games since then.

Son is second on the scorers’ log with 21 goals. One of those goals came in the 3-0 North London derby victory over Arsenal on Thursday and he is enjoying a very prolific season whilst eyeing a first golden boot award.

Trent Alexander-Arnold and Joao Cancelo continue to break new bounds in the manner with which they play the full-back role for their clubs. Both have scored important goals and created as many chances, helping their clubs push for an exciting title challenge.

Bukayo Saka endured a torrid summer following his penalty miss for England at Euro 2020 but has bounced back to finish off with the most prolific season in his career.

Bowen is one of only three players in the league to have registered double figures in goals and assists. His continued consistent performances for the Hammers are why he has been nominated.

James Ward-Prowse has had another fantastic season marshalling the Saints’ midfield. Another four direct freekick goals increase his tally to 14 in the league, just four shy of David Beckham’s record of 18.

The winner will be decided by a public online vote, which closes on May 16 at 6:00 p.m.