Labour unions condemned Mr El-Rufai’s action at the time and warned of serious consequences should it be allowed to stand, but the governor called their bluff. 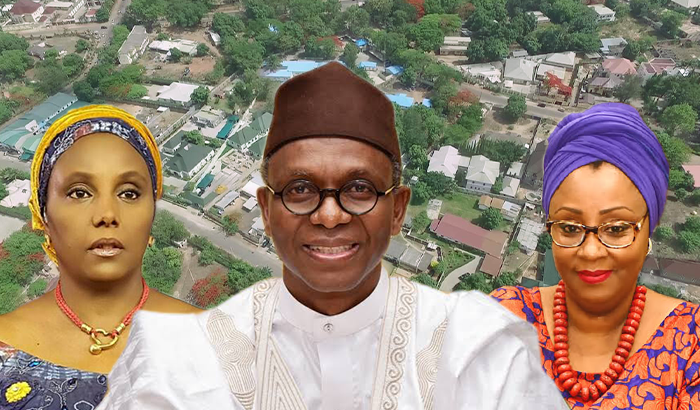 Governor Nasir El-Rufai has allocated prime assets belonging to Kaduna State to his wives, children, friends, business and political associates, according to officials and a list of beneficiaries seen by Peoples Gazette.

Sources in Kaduna told The Gazette the assets were seized from senior civil servants and their families between 2015 and 2016, barely months after Mr-Rufai assumed office. The governor promised to publish a list of individuals and corporate entities that will benefit from the residential assets, but had so far failed to do so.

“He brazenly allocated the houses and lands at GRA to his family members and friends,” an official said while confirming the genuineness of a list of beneficiaries sent to The Gazette by email. “El-Rufai has established himself as unprincipled and evil but the eviction of poor civil servants in favour of the elite stands out amongst his despicable acts.”

The Gazette allowed the official anonymity because the confirmation and background information they provided about the distribution of state assets could earn them harsh consequences from Mr El-Rufai and other administration officials.

While seizing the residences, Mr El-Rufai argued that certain assets can not be occupied by civil servants below level 16, defying a civil service regulation that said civil servants from level eight and above are entitled to such accommodations.

Labour unions condemned Mr El-Rufai’s action at the time and warned of serious consequences should it be allowed to stand, but the governor called their bluff.

It was not immediately clear whether or not the beneficiaries paid to obtain the assets, or how much each person paid to state coffers in charges and taxes, but the action evoked the widespread controversies he courted during his days as Abuja minister in the 2000s.