He was the greatest geographer in Africa who won the equivalent of the Nobel Prize in Geography,” said Mr Lucas. 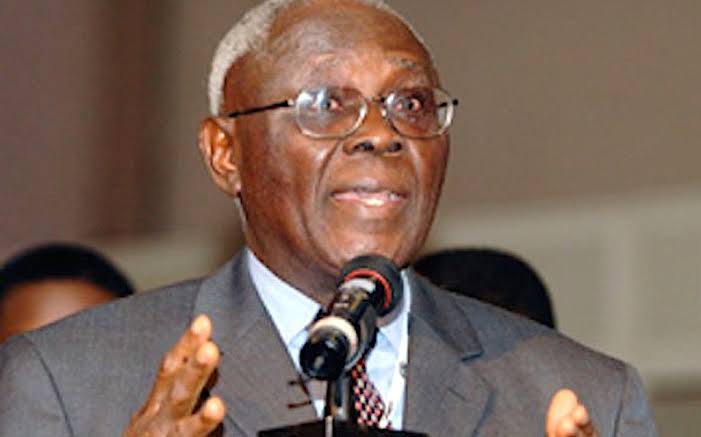 Two former vice-chancellors of the University of Ibadan, Idowu Olayinka and Isaac Adewole, have extolled the virtues and contributions of the late Prof. Akinlawon Mabogunje, the first Nigerian geography professor.

Messrs Olayinka and Adewole, along with others, spoke in separate interviews in Ibadan on Saturday.

Mr Mabogunje was born on October 18, 1931, in Kano and died on August 4. He was the African president of the International Geographical Union. In 1999, he was the first African to be elected as a foreign associate of the United States National Academy of Sciences, among other achievements during his lifetime.

“We mourn the demise of Prof. Akinlawon Mabogunje. Our sincere and heartfelt condolences to his entire family, associates and friends. He matriculated at the then University College, Ibadan, in 1949 and earned a First Degree in Geography in 1953. This was followed by a Doctor of Philosophy in the same discipline,” said Mr Olayinka. “He was elevated to the grade of professor in 1965, thus becoming the first Nigerian professor of geography. Baba was widely acclaimed as the foremost social scientist ever produced by Africa. He had earlier, in his illustrious career, served as dean of the Faculty of Social Sciences of the University of Ibadan from 1968 till 1970.”

Mr Adewole extolled the virtues of the deceased and his contributions to the development of Nigeria, especially the Federal Capital Territory (FCT), Abuja.

“We have lost an ‘Iroko’. He was truly the last of the ‘Mohicans’. An academic noble, he dined and wined with the Kings and Queens. He was another ‘Mr Fix’, a soft-spoken man who influenced policies without being a politician,” noted Mr Adewole. “Abuja was his hand and footprint. A city that could be named after him. A unique and successful family man, he remained largely visible but quiet. His work and legacy are immortal.”

Olabode Lucas of the Department of Agronomy, U, said the late Mabogunje was an academic giant and intellectual colossus.

“He was in the same league as Ibadan Academic giants like Dike, Lambo, Ajayi Lucas, Odeku, Akinkugbe, Aboyade, Irvine, Durley, Olayide Oyenuga and Bassir. He was the greatest geographer in Africa who won the equivalent of the Nobel Prize in Geography,” said Mr Lucas.

He added, “As a student at Ibadan, he was the Secretary of the Action Group on the campus together with people like Bola Ige and Olutoye. In this capacity, he was a member of the Action Group Executive Council presided over by late Chief Obafemi Awolowo. After retirement, he founded the DPC with Prof. Aboyade. For many years, he was the Chancellor of Ogun State University.”

Also, David Afolayan, GIS Konsult CEO, explained that Mr Mabogunje contributed to the learning of geography. He described the deceased as a great mentor.

“He contributed immensely to the teaching of GIS in public and private secondary schools in Nigeria since 2015 and in equipping the next generation on having a better understanding of how the world works,” Mr Afolayan stressed. “And, he also empowered young people to proffer solutions to problems in society through the connections he provided on the project I was inspired to take on.”