Ocean Trust Ltd has no traceable physical address, yet it received N3.8 billion for undisclosed services, including N1.75 billion between May 14-15, 2018. 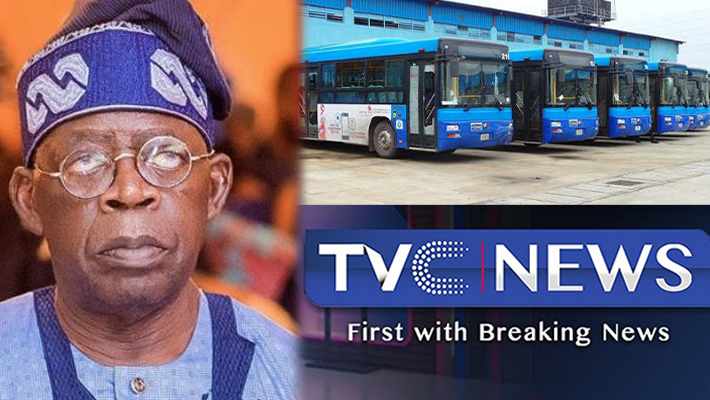 Between May 14 and 15, 2018, Lagos government tax contractor Alpha-Beta transferred N1.75 billion to Ocean Trust Ltd in three transactions of unclear origin, Peoples Gazette can report as our ongoing examination of Lagos finances throws up yet another suspicious handling of public funds.

The money was part of at least N3.8 billion that went to Ocean Trust in seven transactions in January and May 2018 for services that neither Alpha-Beta nor the beneficiary could yet explain, the Gazette found as the first media outlet to obtain the company’s bank statement.

On Monday, the Gazette exposed how Alpha-Beta received from and transferred large transactions worth billions of naira to businesses linked to an Internet fraud syndicate.

The Gazette was unable to trace Ocean Trust to any physical address in Nigeria, but its CAC filings showed it was registered in 2001 and operated by political and business associates of Omobola Tinubu, who governed Lagos between May 1999 and May 2007 and now seeks the presidency in 2023.

A clique of associates

Mr. Adefarakan is also a director at Primero, operators of Lagos metro services BRT. Primero is led by Fola Tinubu, a cousin of the former Lagos governor and ruling party chief.

Mr. Obi, who is also a non-executive director at Primero, had two million shares in Ocean Trust.

Kehinde Durosinmi-Etti, head of Lagos State Security Trust Fund, was also on Ocean Trust CAC document obtained by the Gazette with 2.4 million shares, alongside a former senator Jonathan Zwingina, who had 2.5 million shares.

A spokesman for Wema Bank did not immediately return a request seeking comments about whether the financial institution conducted a physical inspection of Ocean Trust’s address when it updated the firm’s know-your-customer diligence in 2016.

Messrs. Obi and Zwingina declined multiple requests seeking comments from the Gazette about their ties to Ocean Trust.

Mr. Durosinmi-Etti, a former CEO of Skye Bank, initially denied any ties to Ocean Trust, saying he had never heard of the firm. But when the Gazette showed him the CAC documents that confirmed he was involved, the security fund manager said his memory of the business had become fuzzy.

Mr. Adefarakan also initially denied links to Ocean Trust. But when reminded that he ran the firm with Mr. Obi and others and the 2018 transfers from Alpha-Beta, he warned the Gazette not to proceed with our story.

Although its CAC filings showed involvement of members of Lagos political and business elite, Ocean Trust had no known physical address. The Gazette tracked Ocean Trust to Freedom House and other addresses in Lagos but no one admitted familiarity with the name.

Yet, Alpha-Beta moved billions to the apparent shell company presumably from its opaque and questionable earnings from successive Lagos governments since Mr. Tinubu.

The next day on May 15, the firm received N1 billion in two tranches of N550 million and N450 million from the tax contractor, documents showed.

On May 17, N50 million went to Ocean Trust from Alpha-Beta. All the transactions, totalling N3.8 billion in the reviewed period, were vaguely described as ‘outflow’, making it difficult to understand their purpose.

Afolabi Aremu, chief account executive at Alpha-Beta, suggested the transactions were legitimate, but failed to elaborate on the company’s business with Ocean Trust to the Gazette.

Our findings came as Mr. Tinubu and Alpha-Beta were striving to extricate themselves from money laundering charges raised against them by Dapo Apara, a former CEO of Alpha-Beta who said Mr. Tinubu controls Alpha-Beta as a conduit for siphoning Lagos funds to service his political and business structures.

In separate statements, Mr. Tinubu and Alpha-Beta denied allegations of corruption, but neither denied Mr. Apara’s claim about Mr. Tinubu’s control of Alpha-Beta.

Last month, Mr. Tinubu confirmed ownership of TVC and The Nation newspapers, yet neither him nor any member of his family reflected in the CAC documents of both companies. The former Lagos governor effectively admitted using proxies to hold commercial interests across multiple companies.

In 2012, Lagos PDP chief Adegbola Dominic filed an FoI seeking disclosures of Lagos government’s businesses with Alpha-Beta, but he was turned down on the basis of FoI’s irrelevance in Lagos as a federal law.

The company’s bank statements are being published for the first time since it became the preeminent tax consultant for the richest state in the country, and they reflected vast transfers to business and political associates of Mr. Tinubu’s.

There were claims that the government was paying Alpha-Beta some commissions for confirmed tax receipts, but the company’s bank accounts published on Monday by the Gazette reflected other transactions that appeared to show a fixed monthly revenue from Lagos coffers.

Mr. Apara said in court filings that most of the transactions from Alpha-Beta were transferred to other entities linked to Mr. Tinubu in a manner that suggested money laundering. Mr. Tinubu and Alpha-Beta denied the allegations.

Still, both Alpha-Beta and Lagos authorities have continued to deny the Gazette requests for them to clarify some of the suspicious transactions in the bank documents.