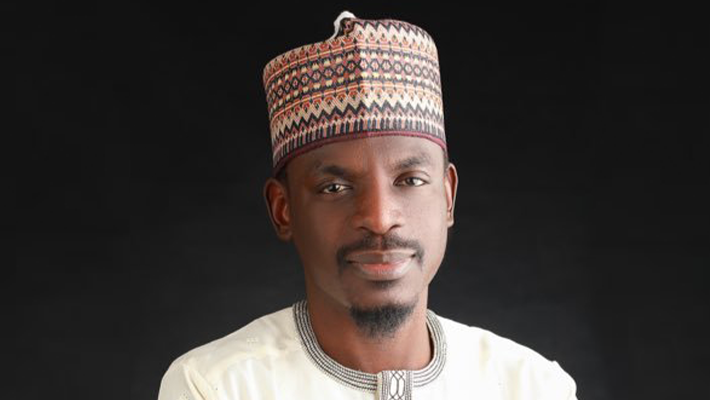 President Muhammadu Buhari has appointed his junior media aide Bashir Ahmad to supervise a powerful and lucrative division at the Department of Petroleum Resources (DPR) — a role that supersedes his work experience and area of expertise, officials familiar with the development told Peoples Gazette over the weekend.

Mr. Ahmad, 29, has served as personal assistant to Mr. Buhari on new media since 2016. Despite still retaining his presidency appointment, he recently hustled his way in as the head of the newly-established National Production Monitoring System (NPMS) of DPR – Nigeria’s preeminent oil and gas sector regulator, the Gazette learnt from four officials at the presidency and DPR with sufficient details of the appointment.

Mr. Ahmad’s appointment, which was tacitly executed in line with Buhari regime’s culture of opacity, presents a blanket remunerative boost for the young presidential aide, as he is now set to draw dual salaries and allowances from Nigeria’s marginal commonwealth.

“Bashir got the appointment early January, but his documentation took place last week,” a State House official familiar with the appointment told the Gazette. “It was delayed following the death of one of his friends, Jamilu Ibrahim Shinkafi, in an accident along Bauchi-Nasarawa Road, precisely in Akwanga in Nasarawa.”

The fatal auto crash was said to have occurred whilst the deceased was returning from the wedding of Ibrahim Rabo, an aide to communications minister Isa Pantami on January 31.

“It was the wedding that Bashir was seen amongst those not on face masks,” the official said. “So they deferred the conclusion of his documentation by a week before it was finally concluded last week.”

A DPR official said Mr. Ahmad was gleeful about the appointment, and at one time said in Hausa that he’ll be able to “play his role very well”, despite lacking vital training in hydrocarbon regulations.

Mr. Ahmad and a spokesman for DPR did not return calls and text messages from the Gazette seeking comments on their respective roles in the appointment.

Mr. Yusuf, as with Mr. Ahmad, was admitted into the NIA management position even as he lacked requisite experience for the role, raising further questions about Mr. Buhari’s nepotism.

The president has been consistent in his rejection of allegations of ethnic and tribal sentiments in federal appointments, although a clear pattern of sectionalism has since emerged that analysts said will sufficiently define his legacy.

Utterly bereft of both field and administrative experience in the petroleum sector, Mr. Ahmad, a former Hausa language reporter whose employment record hovers around the media, will manage the NPMS — established in 2019 to monitor Nigeria’s crude oil production from the various oil terminals, while tracking the movement of oil export and import vessels.

Born in Kano, in Nigeria’s northwest on June 10, 1991, Mr. Ahmad graduated from Bayero University in his home state in 2013, with a Bachelor of Arts degree in Mass Communication.

Between 2012 and 2014, he worked as a reporter for local Hausa newspapers Rariya and Muryar Arewa, before joining Leadership Hausa in 2015.

The DPR is the petroleum ministry’s department that enforces compliance with Nigeria’s extant oil and gas regulations. It also approves and monitors oil licence in Nigeria, which is amongst the world’s top oil producers.

Presidency sources said Mr. Ahmad’s employment was temporarily described as a secondment to help him amass quick wealth before 2023 when he would be asked to move permanently to DPR.

“His appointment at the presidency will expire by 2023,” an official said. “So he would move to DPR as his permanent job by then.”

Another official said those behind Mr. Ahmad’s appointment failed to listen to voices of reason within the presidency about the morality of giving someone two jobs even as most of the country is ravaged by acute unemployment.

“We said it was wrong to favour some people amongst us for the appointment because millions of Nigerian graduates are out there without a job, but they ignored us on the assumption that Nigerians will not know about the appointments,” the official said.

At his DPR position, for which he lacked requisite skills, Mr. Ahmad would oversee compliance by the NNPC, Shell, Chevron, Mobil and other local and multinational oil firms operating in Nigeria.

“It is a very powerful position for him and he knows that it is now about the salaries and allowances,” an official said.

While it raised multiple moral and even legal questions that Mr. Ahmad would be drawing multiple salaries and allowances from a federal purse that even Mr. Buhari himself lamented was grossly insufficient to meet urgent developmental projects for Nigeria’s 200 million people, there are other benefits that attracted Mr. Ahmad’s interest, our sources said.

“He knows what it means to regulate Shell, NNPC and other oil giants,” an official said. “So we expect him to maximise it to his own benefits because he has nothing to offer the Nigerian people in that position.”