A spokesperson for the fire brigade said the situation was very tense as about 600 residents were evacuated from their homes. 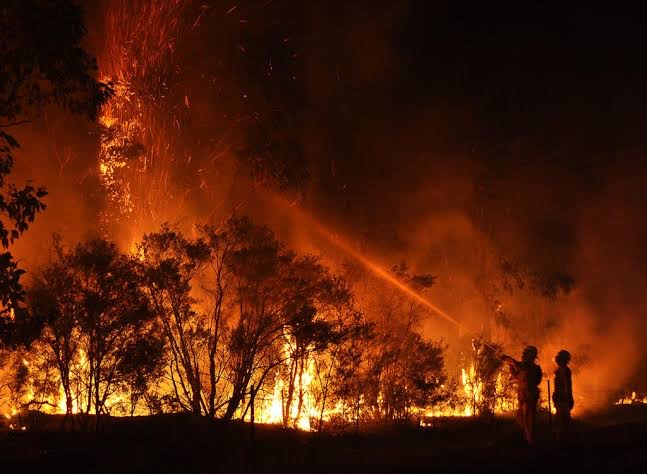 Forest fires spurred on by extremely dry conditions across Germany were gaining momentum in the eastern states of Brandenburg and Saxony early on Tuesday.

In the southern part of Brandenburg, more than 150 firefighters attempted to contain a fire encompassing about 800 hectares of land.

A spokesperson for the fire brigade said the situation was very tense as about 600 residents were evacuated from their homes.

A local forest fire protection officer, Philipp Haase, said the fire was particularly hard to contain around the town of Rehfeld due to strong winds.

He added that at least one wind power turbine was inside the fire area and that the military had been called upon to aid the firefighters.

Officials said at least seven emergency personnel were injured, six of whom were taken to hospital during the operation.

Firefighters were also attempting to extinguish a fire in the Saxon Switzerland National Park.

Early on Tuesday, 136 emergency personnel were still on site, “but our big problem is the wind,’’ a spokesperson for the district office said.

Elsewhere in Europe, forest areas continued to burn, for example, in Greece, where the danger of further fires remained high on Tuesday.

A forest fire in the southern part of the island of Lesbos, which was still not under control on Monday, had already destroyed around 1,700 hectares of land.