The foreign envoys restarted the opposition to Twitter ban, urging the Buhari regime to address its concerns on dangerous use of the platforms through the courts 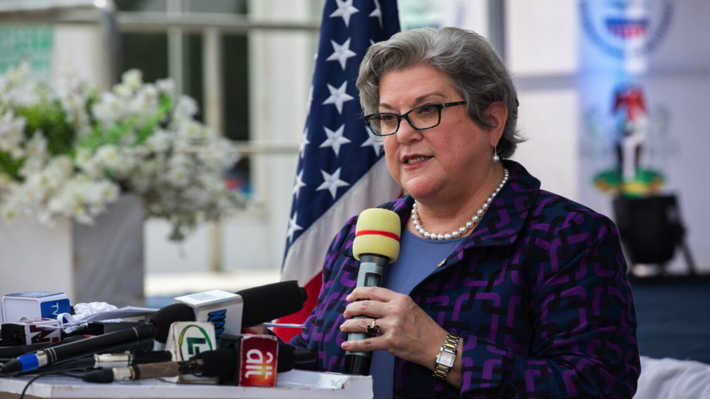 The foreign envoys invited by the Nigerian government for discussions on the suspension of Twitter have restated their position for free and open internet that ensures freedom of expression to citizens.

These foreign mission in Nigeria had earlier given their reactions to the directives to suspend Twitter’s use in the country.

Mary Leonard, the Ambassador of the United States of America to Nigeria, on behalf of the delegates maintained that free access to the internet and ability to express oneself is very important and especially in troubled times.

“We have to be very clear that we are Nigeria’s strong partners on issues of security and we recognise the daunting task on the issues of security that confronts Nigeria,” Ms Leonard said, “While they are daunting, they are not insurmountable, and part of the way you surmount them is with the partnership of the people you see represented here.

Ms Leonard said the U.S. and other partners would continue to engage with Nigeria to uphold human rights and the rule of law. She noted that while they recognise irresponsible social media use, they “remain firm in our position that free access to the ability to express self is very important and perhaps more important in troubled times,’’

Ms Leonard added that the incitement and violence referred to by the foreign minister, Geoffrey Onyeama, were crimes the Nigerian government has legitimate right to pursue through due judicial processes.

Mr Onyeama had mentioned that the suspension of Twitter is in the interest of national security and peace as President Muhammadu Buhari is keen on ensuring the peace and security of Nigerians and Nigeria.

“We believe as a democracy, that there must be the right to life, the right to property ownership and we believe in human rights and freedom of speech, but social media has to be used responsibly,” he said to the press.

The deliberations were held in Abuja on Monday, after the Minister of Information and Culture, Lai Mohammed,  announced the suspension of Twitter’s operations in Nigeria.

On Saturday, Attorney General Abubakar Malami had threatened  that the government would prosecute anyone found accessing Twitter after its suspension, though the legal implications of this decision is unclear as individuals cannot be prosecuted under laws that are unwritten and there are no legal provisions in existence criminalising the use of Twitter.