The human rights body urged the Buhari regime to desist from its brazen disregard of court order for the release of the five activists. 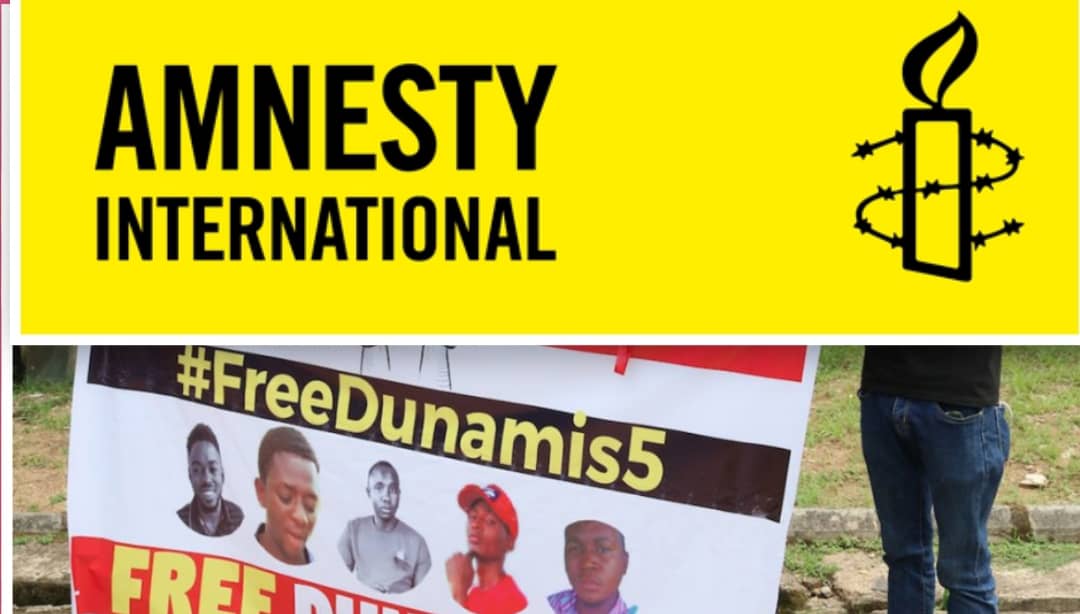 Peoples Gazette on Monday reported that the Abuja Division of the Federal High Court  ordered State Security Services, (SSS) to release the protesters.

Justice Anwuli Chikere who gave the order following separate ex parte applications filed on their behalf by their lawyer, Tope Temokun, asked the SSS to release the applicants with immediate effect.

However in a statement released, Wednesday on its official Twitter page, Amnesty International accused the SSS of disobeying the Rule of Law by illegally keeping the protesters in detention against court directives.

The rights organisation explained that the SSS hurriedly arraigned the protesters to justify its illegal act.

“A court today ordered their release on bail, but instead of complying with the order, the DSS hurriedly arraigned them on new charges, just to brazenly justify keeping them in detention unlawfully, in clear disregard for the rule of law,” it added.

Recall that the  senior pastor of Dunamis International Gospel Centre, Paul Enenche, on July 6, handed some congregants over to the Security of State Service (SSS) for wearing shirts with #BuhariMustGo inscriptions to Sunday service.

The congregants who are activists were first apprehended by the church’s security agents who thereafter handed them over to the SSS operatives, activist Omoyele Sowore said on Twitter after learning of the incident.

The SSS under Mr Buhari led administration has continued to disobey court injunction showing abject disregard for the rule of law, illegally detaining Nigerians who criticised the president.