At least one Palestinian was killed and another was injured during a raid by Israeli forces in northern West Bank city of Jenin overnight. 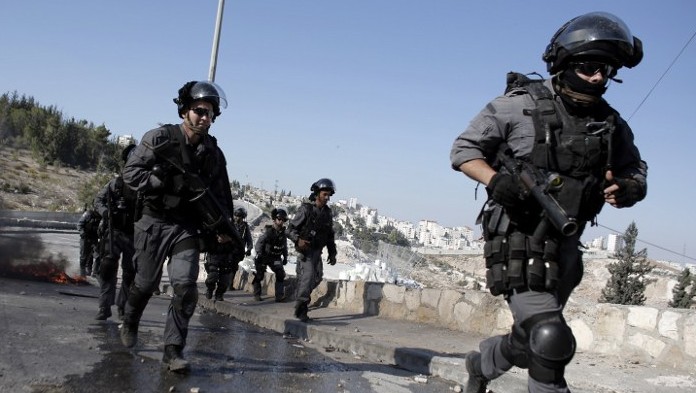 Israeli forces have been placed on high alert near the Gaza Strip on Tuesday for fear of escalation following the killing of a Palestinian man.

Local media reported that the Islamic Jihad leader was also arrested in the West Bank overnight.

Roads near the Palestinian enclave were blocked and the train service in the southern city of Ashkelon were suspended following fear of possible anti-tank, rocket or sniper fires from Gaza.

Activities in local Israeli schools and colleges were canceled.

The Erez Crossing, the only pedestrian passage between Gaza and Israel, was also temporarily shut down.

At least one Palestinian was killed and another was injured during a raid by Israeli forces in northern West Bank city of Jenin overnight, Palestinian Health Ministry confirmed.

Meanwhile, Israel’s border police announced in a statement the arrest of two Palestinian suspects in Jenin and confiscation of a handgun, magazines, bullets and cash.

One of the two Palestinians arrested as Bassam al-Saadi, a senior member of the Palestinian Islamic Jihad group.