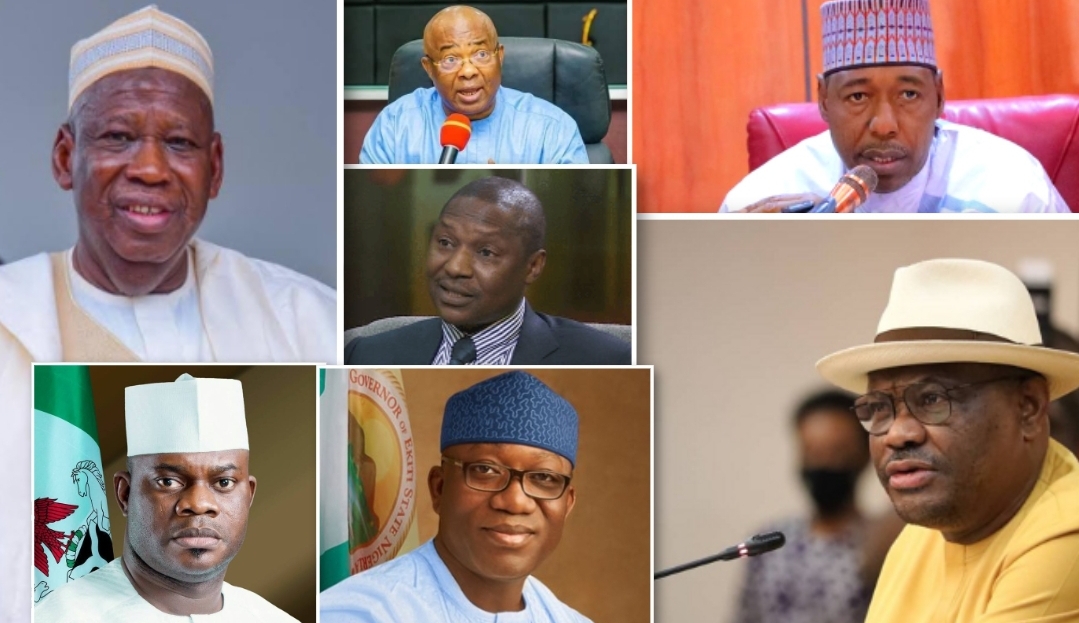 Nigeria’s 36 state attorneys general have sued Abubakar Malami, the attorney general of the federation, for non-remittance of stamp duties fund generated from the states.

In a court document seen by Peoples Gazette, the attorneys sued because funds generated from stamp duties are not remitted into states’ coffers.

They sought an order of the court to mandate Mr Malami to pay N176 billion for the backlog of stamp duties received between 2015 and 2020.

“An order of this honourable court directing the defendant to pay over to the plaintiffs all the sum of monies amounting to one hundred and seventy-six billion, sixty-seven million, four hundred thousand naira (N176,067,400,000,00) representing ascertained and admitted collected stamp duties on individual persons’ transactions within their respective states for the period of 2015 and 2020,” said the document, “and thereafter till the time of the judgment of this honourable court or any other sum as the plaintiffs may be found entitled by the honourable court.”

They also sought an order of perpetual injunction, “restraining the defendant by himself, privies, agents or any persons by whatever name or how so ever called from appointing anyone for the purpose of collecting Stamp Duties on individual persons’ transactions within the respective states of the plaintiffs henceforth.”

In addition, they sought to declare that Mr Malami had no right to withhold stamp duty transactions from individuals in their states.

In the document, the governors further argued that Mr Malami should not be allowed to collect, administer or collect stamp duties.

“A declaration that the defendant is not entitled to collect, administer, or keep the proceeds of any stamp duties on transactions involving individuals within the respective states of the plaintiffs or any manner interfere with the plaintiff’s right and authority in the administering the provision of Section 4(2) of the Stamp Duties Act Cap. S8 Laws of the Federation of Nigeria,” the document explained.

They sought the court to declare their entitlement to receive 85 per cent of stamp duties generated from electronic money transfer levies and others.

The governors also demanded a declaration that “the plaintiffs are entitled to 85% of all stamp duties collected on electronic money transfer levy, on electronic receipts or electronic transfer for money deposited in deposit money banks and financial institutions, on any type of account to be accounted for and expressed to be received by the person to whom the transfer or deposit is made in the plaintiffs’ respective states.”