Many killed as hoodlums burn down SSS, police headquarters in Nnewi

The incident occurred at about 1:00 p.m. when hoodlums stormed the offices, overpowered personnel and torched “everywhere,” a witness said. 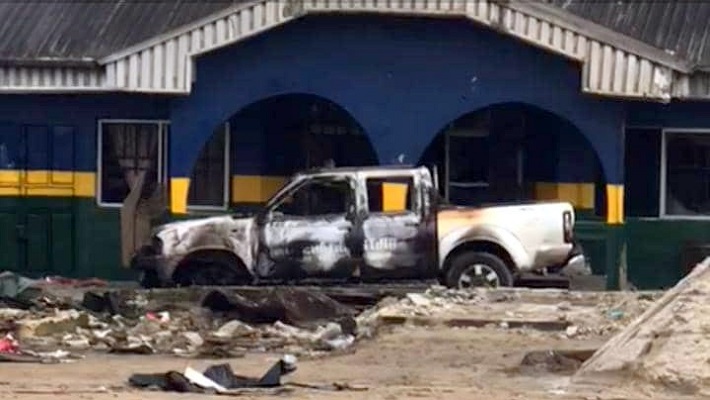 The incident occurred at about 1:00 p.m. when hoodlums stormed the offices, overpowered personnel and torched “everywhere,” a witness said.

“The attackers said they don’t want to see any Nigerian flag standing in the area,” a witness, who identified himself as Emeka Onamadu, said.

Figures as to death and injuries could not be immediately ascertained by The Gazette. Spokespersons for the police and the SSS did not immediately return a request seeking comments.

The attack marked yet another escalation of hostilities raging over separatist agitations across the region, as well as attacks by armed herders, cultists and other violent criminals.