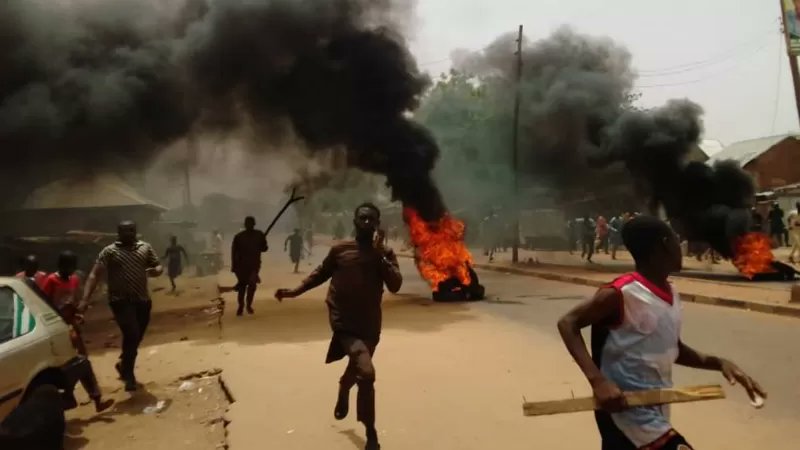 Governor Aminu Tambuwal has imposed a curfew over Sokoto to curb further spread of violence amid a mob rampage for the release of Deborah Samuel’s murder suspects.

Violent outbreaks have been reported across Sokoto on Saturday amidst protests for the release of those responsible for Thursday’s killing of Ms Samuel.

Ms Samuel, a 200-level home economics student of Shehu Shagari College of Education, was killed at about 9:00 a.m. for allegedly criticising Prophet Muhammad.