Power struggle between Governor Abdulrahman Abudlrazaq of Kwara and information minister Lai Mohammed is a post-Otoge crisis that APC will overcome. 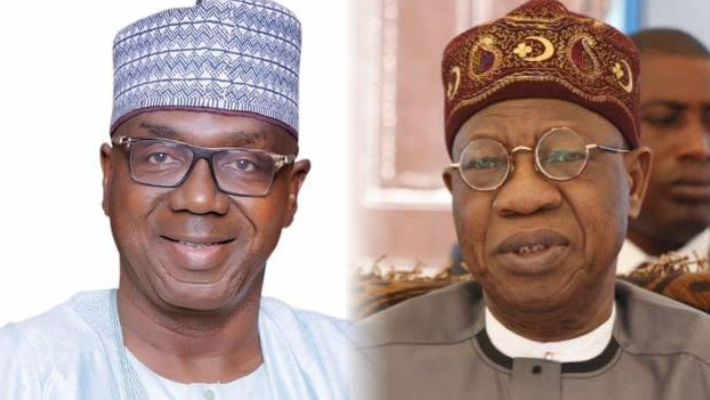 He was one of three APC senators in the state who declared their unflinching support for Mr Abdulrazaq on Wednesday.

The other senators were Lola Ashiru (Kwara South) and Ibrahim Oloriegbe (Kwara Central).

Speaking with journalists in Abuja, Mr Sadiq explained that the struggle for the Otoge Movement was worth it, adding that after a revolution, it was expected that there would be some disagreements.

“What may appear a disagreement is just one of those little post-revolutionary challenges.

“We can assure you that Kwara is still a strong and solid state that is looking to the future, and the journey has started,” said Mr Sadiq.

The trio said they recognised the governor as the authentic leader of APC in the state. Speaking on the Kwara APC crisis, they clarified that funds raised by the party to prosecute the 2019 elections in the state were judiciously utilised under the leadership of Mr Abdulrazaq.

Mr Ashiru said, “Of recent, there have been some issues in the media about Kwara. We want to assure you that concerning the issue at hand, we don’t want to escalate it because it is totally centred on what happened two years ago.

“We feel we have passed that milestone. We are in a new era, a very good era; an era where the slogan of Otoge was orchestrated, and we are happy that today, we have a new revolution in Kwara.”

Lending his voice, Mr Oloriegbe said, “As senators, we are working harmoniously with the governor. We want to bring everybody together. I want to assure you that the focus should be the people and not the individual holding position.”

The lawmaker also said the revalidation of the state party’s membership registration would commence on July 24. This, he explained, was to enable those yet to register to do so before the state party’s congress.