Motorists with faded number plates should quickly replace them: FRSC 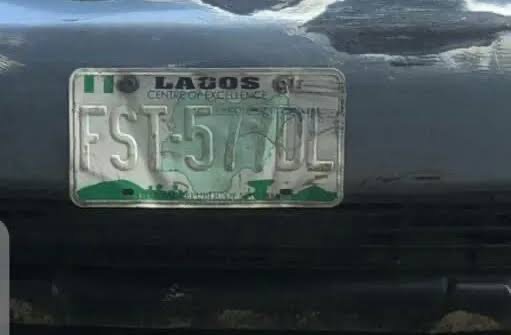 Motorists must ensure that all number plate defects on their vehicles are quickly corrected to avoid being charged, says FRSC commander Olusegun Ogungbemide.

He advised motorists to always use water and soap to wash the number plate, to prevent it from fading.

Mr Ogungbemide said that motorists should quickly inform the authority whenever they discover any defect on their number plates, for necessary replacement.

The FRSC official said the offence of faded number plates had been in the FRSC system since inception, captured under number plate violation.

“These are the categories of offences that fall within this violation.

“The one that is generating a lot of interest now is the faded, and the rationale behind this action is that when you have a faded number plate, it has both moral and security implications.

“Moral in the sense that, if in the course of your driving you happen to hit somebody and you escape, how do you expect the law enforcement agency to get the number plate of the vehicle that absconds from that point?

“Especially in the situation of hit and run, because the act says the number plate should be visible, by 60 metres distance. If your number has faded, there is no way we can record that.”

Mr Ogungbemide said that so many people had used faded number plates to perpetrate atrocities, and that became an issue while trying to identify such vehicles.

The corps commander said that due to misuse of the number plate, the government made the decision that if it fades, the owner should replace it immediately.

He counseled against use of hard brush or chemicals in washing number plates, saying his own number plate had lasted for 10 years.

According to him, it takes two weeks to process a number plate.

He emphasised that there was no limit in the duration of number plate usage, as long as it had no defect.

The corps commander said that there were guidelines on the issuance of new number plates, and urged motorists to keep to them.