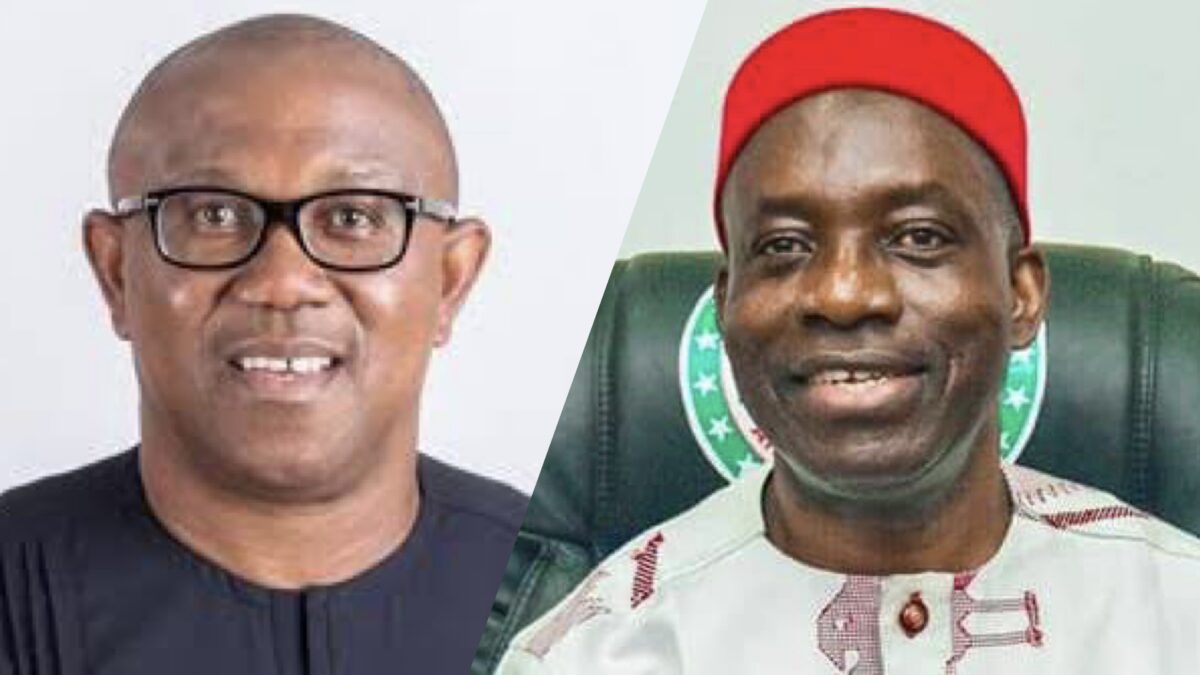 Christian Aburime, the press secretary to Governor Chukwuma Soludo of Anambra, says there is no rift between his principal and the Labour Party presidential candidate, Peter Obi.

Mr Aburime, who spoke to journalists on Wednesday, stated that Messrs Obi and Soludo were brothers with different political opinions.

“Soludo’s relationship, friendship and brotherhood with Obi is still intact, as against what many people think,” he said. “I don’t know how people created and magnified a non-existent issue and how they are reacting governor’s comment.”

The aide said Mr Soludo would not retract any statement, adding, “he has no regrets about what he said because he has actually expressed his own opinion, which is his constitutional right”.

This is in reaction to Mr Soludo’s remarks that Mr Obi’s alleged investment while in office as a former Anambra governor was today “worth next to nothing.”

Mr Soludo had also said Mr Obi could not be president by “desperately jumping from one party to another.”

However, Mr Soludo’s aide insisted that there were no rifts between the duo, adding, “As far as I know, there is no issue between Governor Soludo and Obi.

“So I wonder why people disturb themselves and go about shouting in the media, over-reacting and issuing one threat or the other over a non-existent issue they created.”

Mr Aburime said his principal’s administration was focused on delivering the dividends of democracy to the people of Anambra and would not be distracted by any form of verbal attack, threat or sponsored charade.

He maintained that Mr Soludo had the right to his opinion and was entitled to it under the 1999 Constitution and in a democracy and would not succumb to blackmail, threat or attack.

He urged the youths threatening to dump heaps of refuse around the government house gates to desist from doing that.

“The youth should refrain from being used as weapons of destabilisation instead of being part of the solution to the challenges facing the state,” he said.

A youth group, under the aegis of Coalition of South-East Youth Leaders (COSEYL), threatened to dump a heap of refuse at the Anambra Government House on Friday to protest the alleged rift between Messrs Soludo and Obi.

The group also demanded that Mr Soludo retract his comments against Mr Obi.