The NIS comptroller in the state, Ahmed Bagari, disclosed this on Monday in Dutse, the state capital. 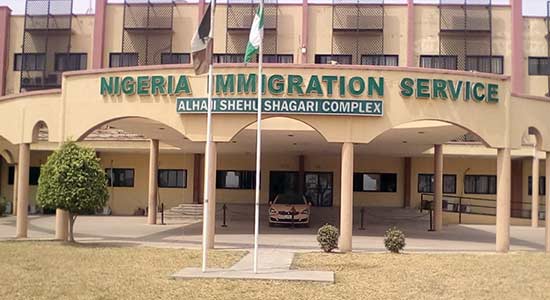 The NIS comptroller in the state, Ahmed Bagari, disclosed this on Monday in Dutse, the state capital.

He said the victims were rescued on Sunday at about 7:00 p.m. by personnel operating on the Kaya-Daurawa-Roni link road in the Roni Local Government Area of the state.

Mr Bagari said the rescued victims, between 19 and 45, were travelling to Libya en route Niger Republic.

The comptroller added that the three male and five female victims hailed from Abia, Edo and Imo states.

According to him, only the 45-year-old male victim possessed an expired Nigerian Standard Passport, adding that no incriminating items or drugs were found in their possession.

Mr Bagari said the NIS comptroller-general, Idris Jere, directed that victims be handed over to the National Agency for Prohibition of Trafficking in Persons (NAPTIP) for further action.

He also quoted Mr Jere as advising parents, guardians and the general public to desist from sending their children and wards abroad in search of non-existing greener pastures.

“Nigeria is far better than the so-called greener posture abroad in the form of freedom and other expectations.

“So, it is important for parents/guardians and the general public to watch over their children and instil patriotism in them to stay in their country of origin and build it to greater heights,” he said.