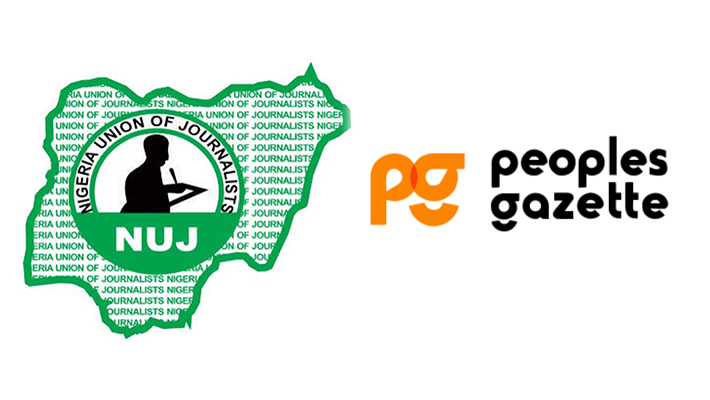 The Nigerian Union of Journalists, NUJ, has condemned the coordinated attack on Peoples Gazette’s website by the Nigerian government.

The novel digital outlet suffered a steep cut in its readership after the four mobile telecommunication companies in the country restricted access to its website on January 26. Most of Nigeria’s nearly 100 million mobile telephone users connect to the Internet through MTN, 9Mobile, Glo and Airtel, all of whom have now blocked the newspaper from their respective networks after receiving an illegal directive from the Nigerian government.

Prior to the restriction on the Gazette’s website, President Muhammadu Buhari fired his power policy adviser Lai Yahaya, accusing him of being the source of a story on the Bolaji Gambari, son of the chief of staff Ibrahim Gambari.

In a statement on Thursday, the NUJ said the disruption of Peoples Gazette service across all telecommunication networks can “only” be done by the federal government through its agencies.

Akorede Opeyemi, its assistant national secretary,  praised the Gazette for its unrelenting efforts to genuinely inform citizens of happenings in the society, thereby contributing to people’s common storehouse of knowledge on government and its policies.

The journalists union said, “If not for their (the Gazette) unrelenting efforts against undemocratic tendencies by our political office holders, the poor citizens of this country would have been completely deceived into believing that all is well in the country”.

“Its existence in the media space has improved the workings of government, and ensure the mutual relationship between the government, its agencies, and the Nigerian people,” Mr. Opeyemi added.

The NUJ, therefore, urged the government to lift the restrictions leading to disruption of Peoples Gazette service to continue the “good works it is known for.”

The NUJ’s position aligns with the statements issued by rights organisations such as Global Rights, Committee to Protect Journalists, Reporters without Borders, among others, condemning the attack of the Gazette website by the government in connivance with pliant telecom companies.

Digital right organisation, Paradigm Initiative, also condemned the attack, urging the government to allow Nigerians to enjoy their rights to access information as guaranteed by the 1999 constitution of the Federal Republic of Nigeria (as amended).

The Gazette launched its website on September 25, 2020. Since then, it has exposed and informed citizens of several corrupt and sharp practices linked to public office holders in the country.