Three men were on Tuesday docked in a Magistrates’ Court in Ota, Ogun State for stealing 15 aluminum cookwares. 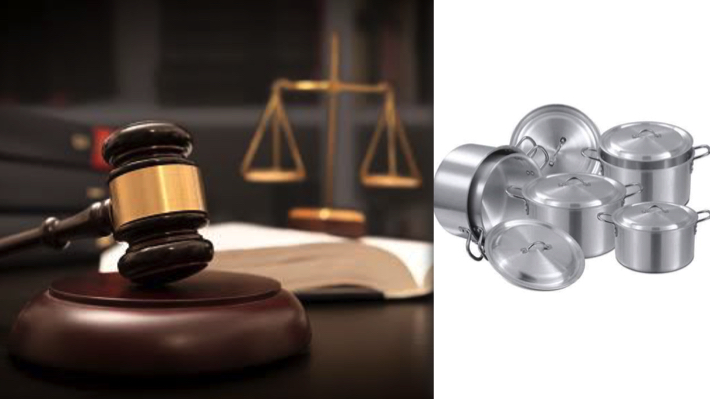 Gavel and pots composite used to illustrate the story

Three men were on Tuesday docked in a Magistrates’ Court in Ota, Ogun State for stealing 15 aluminum cookwares worth N60,000.

The prosecution counsel, E.O.Adaraloye, told the court that the defendant committed the offence on January 6, at about 5:00 a.m. in the Balogun area of Ota.

Mr Adaraloye alleged that the defendants broke into the house of Daniel Folorunsho and stole the pots.

He also said the defendants stole a canopy and two wheelbarrows belonging to Adegunle Akeem.

They, however, pleaded not guilty to the charge.

Magistrate A.O.Adeyemi granted the defendants bail of N100,000 with one surety each in like sum.

The magistrate adjourned the matter until January 20 for further hearing.