The hoodlums, numbering about five, were said to have also molested some registrants. 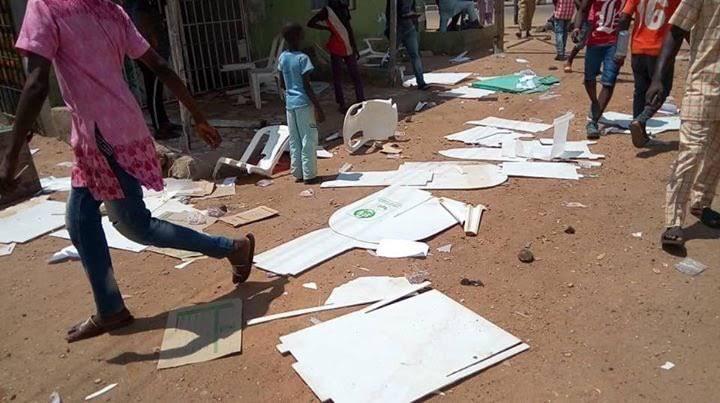 Picture used to illustrate the story [Photo Credit: The Sun]

The hoodlums, numbering about five, were said to have stopped the INEC officials from further carrying out the registration exercise before unleashing terror on the people.

An eyewitness, Bola Olayiwola, told Peoples Gazette that the thugs molested some of the residents who had gathered to register for their Permanent Voters Cards (PVC).

“We had to run for our dear life when one of them (thugs) hit us with sticks,” Ms Olayiwola said in a chat, adding that the hoodlums went away with the registration machines and destroyed other registration materials.

As at the time of filing this report, the Lagos police spokesman, Benjamin Hundeyin, and Chief Press Secretary to INEC chairman, Rotimi Oyekanmi, did not reply to calls or SMS.