The troops made contact with the bandits, who withdrew with gunshot wounds under the firepower of the advancing forces. 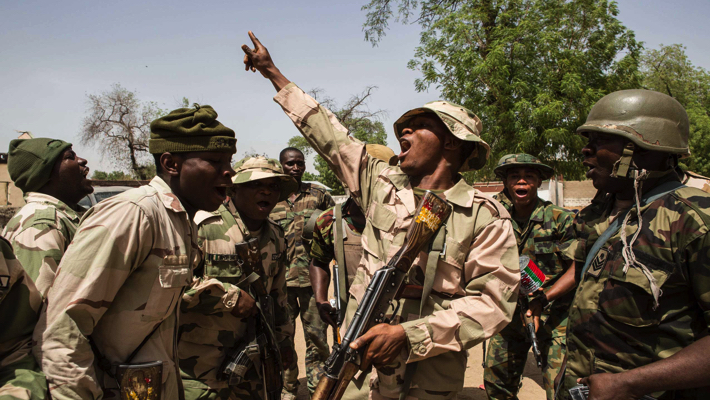 Troops of Operation Forest Sanity have raided a bandits’ den around the Chikun-Birnin Gwari boundary and rescued three kidnapped victims in Kaduna State.

The state Commissioner for Internal Security and Home Affairs, Samuel Aruwan, confirmed the development in a statement issued on Wednesday in Kaduna.

“Troops of Operation Forest Sanity carried out a raid on a bandits’ hideout, in furtherance of clearance operations in the Kuriga-Manini-Udawa general areas, on the Chikun-Birnin Gwari boundary.

According to him, the troops made contact with the bandits, who withdrew with gunshot wounds under the firepower of the advancing forces.

He disclosed that the troops recovered one AK47 rifle, 18 rounds of ammunition and 11 pump action cartridges.

The commissioner said the Kaduna State government received the operational feedback with satisfaction and commended the troops for another successful round of operations in the area.

According to him, the rescued citizens have been returned to their community.

“Troops will continue to carry out operations in the general areas,” he added.