The EU leaders’ chairman, European Council President Charles Michel, said the bloc would not be scared away from supporting Ukraine. 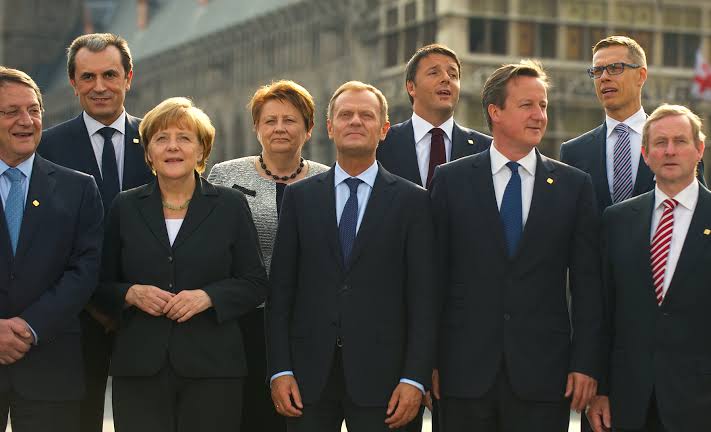 The Belgian, Dutch prime ministers and the chairman of all the EU’s 27 national leaders spoke after Mr Putin mobilised more troops for Ukraine.

They backed a plan to annex swathes of the country and issued a nuclear threat to the West.

Dutch Prime Minister Mark Rutte said, “It is all a sign of panic. His rhetoric on nuclear weapons is something we have heard many times before.

“It leaves us cold; it is all part of the rhetoric we know. I will advise you to remain calm.”

“We must not add fuel to the fire,” he said, adding,” We must be clear in our position and continue to support Ukraine.”

The EU leaders’ chairman, European Council President Charles Michel, said the bloc would not be scared away from supporting Ukraine.

“In this war, there is only one aggressor, Russia, and one aggressed country, Ukraine. EU’s support to Ukraine will remain steadfast,” he said.

While there have been no immediate comments from the leaders of Germany or France, the EU’s executive European Commission said Mr Putin’s “reckless” nuclear gamble had to stop.

A foreign policy spokesman for the European Commission, Peter Stano, said “Putin is doing a nuclear gamble. He’s using the nuclear element as part of his arsenal of terror, it’s unacceptable.’’

Mr Stano said there would be “consequences from our part” but declined to announce any new sanctions against Russia.

He said “sham, illegal referenda” that Moscow backed in Ukrainian regions it occupies would not be recognised.

“This is just another proof that Putin is not interested in peace, that he’s interested in escalating this war of aggression. This is also yet another sign of his desperation,” he said.