Recorded between 2012 and 2022, some of the operatives were said to have died repelling attacks on Maiduguri. 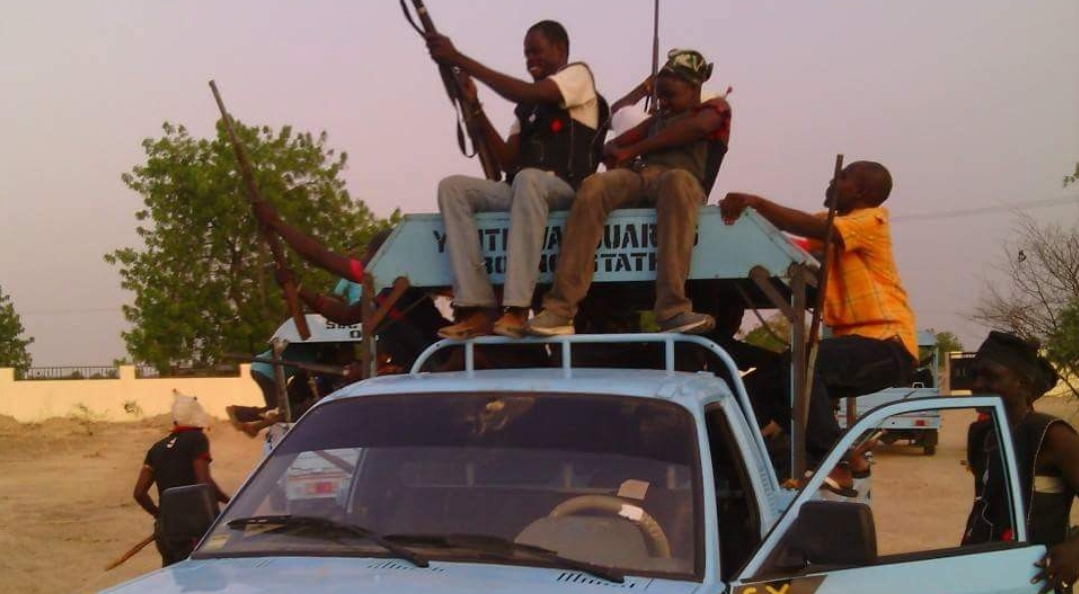 No fewer than 1,773 members of the Civilian Joint Task Force (CJTF) have died while fighting Boko Haram and Islamic State of the West African Province (ISWAP) terrorists in the North East Zone.

The Chairman of CJTF, Babashehu Abdulganiu, made this known on Saturday in an interview in Maiduguri.

Mr Abdulganiu said CJTF operatives paid the supreme price while fighting terrorists along with the military in their enclaves in Sambisa Forest and the Lake Chad area.

He said that some died repelling attacks on Maiduguri while others sacrificed their lives by hugging suicide bombers during attempts to attack innocent people.

Mr Abdulganiu said the deaths were recorded between 2012 and 2022, adding that in spite of the high casualty figure, CJTF remained resolute in its determination to support the military in riding the state of terrorists.

According to him, the group which is now backed by law, started out of necessity to stamp out bad elements who usually cause havoc within Maiduguri metropolis

“It started in 2012 when our youths picked up sticks and said no more Boko Haram and we successfully pushed the terrorist group out of Maiduguri to their enclaves in Sambisa Forest andLake Chad.

“In 2015, the Borno Dtate Government established the Borno Youths Empowerment Scheme (BOYES), where the 23,000 Civilian Joint Task Force members were enlisted as security vanguards, trained by military and screened by the Department of State Security.

“During the screening exercises, those involved in drug abuses or criminality or those that were convicted before were screened out.

“This was to make sure that we do not recruit bad eggs into our midst.

“We adopted military like structures that were existing as Sectors.

“So we deployed our men to occupy the checkpoints from Sector 1 to Sector 10,” he said

He said that the establishment of BOYES whose members were paid monthly allowances, helped in stamping out youth restiveness and unemployment as well as reduced minor crimes in Maiduguri.

“The Borno state government is spending N150 million monthly to provide allowances of the CJTF.

“They also provided us vehicles, working tools and even light weapons,” he said.

Mr Abdulganiu said the Borno government also recruited additional 2,700 neighbourhood watch vanguards that were trained by the Nigerian police and paid N20,000 as allowances in order to compliment efforts of the security agencies in combating crimes.

“Unlike the CJTF, which is attached to the Nigerian military, the Neighborhood Watch is embedded in the society to report local crimes.

“They are also attached to various village and district heads for information and intelligence gathering and sharing.

“On the welfare of the slain CJTF families, the Borno Government has committed N300 million to support the education of of 300 orphans of 300 CJTF members.

“Each of the families recieved N1 million to send their children to schools of their choice.

“We have also supported 50 of our youths to acquire degrees and diplomas in tertiary institutions across the country.

“Also, NEEM foundation, an International Non Govern mental Organization are supporting 60 of the orphans left behind by the CJTF.

“The out-going Theartre Commander Operation Hadin Kai, Maj.-Gen. Christopher Musa, also supported 300 families drawn across the 27 LGAs with food and other relief materials while some of our members were also recruited into the Nigerian Army,” he said.

He said that the CJTF operatives were trained on mainstreaming human rights into their operations while their code of conduct was guided by international best practices.