“We have long been in receipt of a security letter from the office of the National Security Adviser which placed (a) ban on the usage of urea as well as NPK across Borno.” 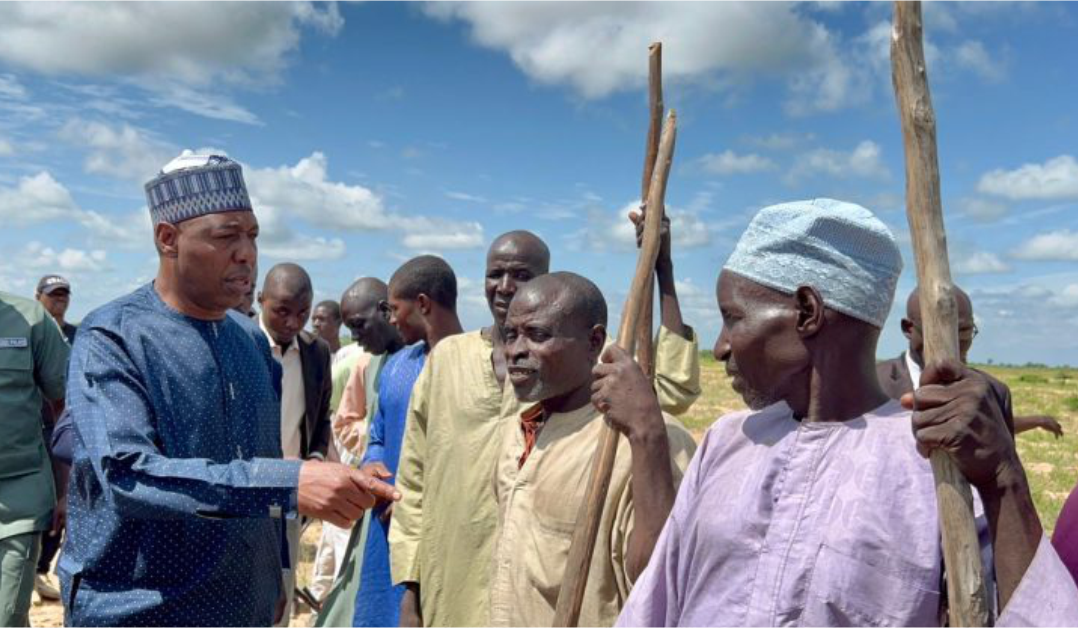 Governor Babagana Zulum has told Borno farmers that their fertilisers are withheld because Boko Haram terrorists are using them for improvised explosive devices (IEDs).

Mr Zulum stated this on Wednesday when he paid surprise visits to farmers in four local government areas to discuss challenges facing rural farmers in Borno.

The governor visited not fewer than 10 farms on the outskirts of Maiduguri metropolitan, Mafa, Jere, and Dikwa local government areas.

Mr Zulum, who monitored farming activities in the areas and discussed with the farmers, explained to them that the challenge on fertiliser was caused by the Boko Haram insurgency.

“We have long been in receipt of a security letter from the office of the National Security Adviser which placed (a) ban on the usage of urea as well as NPK across Borno State because insurgents use these fertiliser components to produce improvised explosive devices (IEDs),” stated Mr Zulum.

The governor added, “It will, therefore, not augur well for the government of Borno State to distribute fertiliser as is the case in most states.”

The governor, however, explained that the only option was to distribute liquid fertiliser.

Zulum, who expressed satisfaction with the increase in farming activities as a result of relative peace and improved security in the state, said it was for that reason that he directed the allocation of farm inputs and tractors to farmers in all the three Senatorial zones of the state.

He reiterated the commitment of his administration to focus more on  agriculture and strengthening of agro rangers and other security groups to sustain safe farming activities across the state.