“He should be leaving office; he has not fulfilled his promise to the Nigerian people. 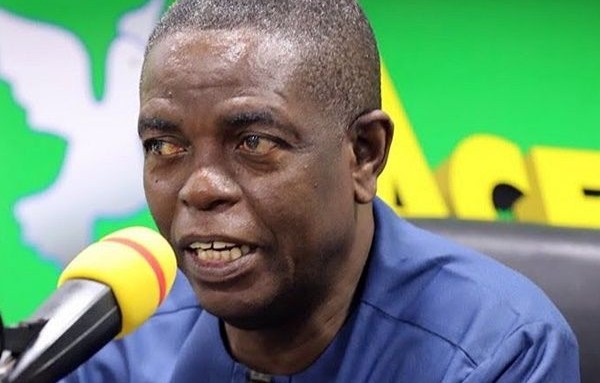 In a virtual meeting with the U.S. Secretary of State, Anthony Blinken on Tuesday, Mr Buhari said AFRICOM should be relocated to Africa to strengthen ongoing efforts to check the security situation, with likely effect on other nations.

“The security challenges in Nigeria remain of great concern to us and impacted more negatively, by existing complex negative pressures in the Sahel, Central and West Africa, as well as the Lake Chad Region.

“Compounded as the situation remains, Nigeria and her security forces remain resolutely committed to containing them and addressing their root causes. The support of important and strategic partners like United States cannot be overstated as the consequences of insecurity will affect all nations hence the imperative for concerted cooperation and collaboration of all nations to overcome these challenges,” the president had said.

Speaking with Pan African Television, Mr Pratt expressed his disappointment at Mr Buhari, saying it is embarrassing for the president to have made such call, despite his promise of combatting insecurity during his campaign in 2015.

“I was so embarrassed, I was so disgraced by the Nigerian head of state in the counts of things he said, I am embarrassed by Buhari,” the journalist said while recounting Mr Buhari’s campaign against former president, Goodluck Jonathan.

“When Buhari was campaigning to replace Goodluck Jonathan, what did he tell Nigerians? That he was a former general and still a general, that he would be able to stop the operations of Boko Haram, is that not the promise he made,” he queried.

“Now the same Buhari is telling us ‘I raise my hand we can’t fight Boko Haram, come and fight Boko Haram for us’”, Mr Pratt said asking Mr Buhari to resign over failure to combat insecurity.

“He should be leaving office; he has not fulfilled his promise to the Nigerian people. In any case, if Nigeria, a giant in Africa cannot deal with Boko Haram and have to go and beg Antony Blinken to bring soldiers into Lagos, Abuja, and other places to fight Boko Haram, then what would other countries like the Gambia do?” he said.

Since his assumption of office, Mr Buhari has faced heavy criticisms over his failure to fulfill his campaign promises.

During his campaign in 2015, the president made over 30 campaign promises, some of which are: sustaining the anti-insurgency war and curb insecurity, rebuilding the economy, to fight corruption as well as include persons of integrity in the cabinet.

However, the president has been criticised over the years for failing to fulfill these promises, as security challenges and corruption in public offices have become more alarming.