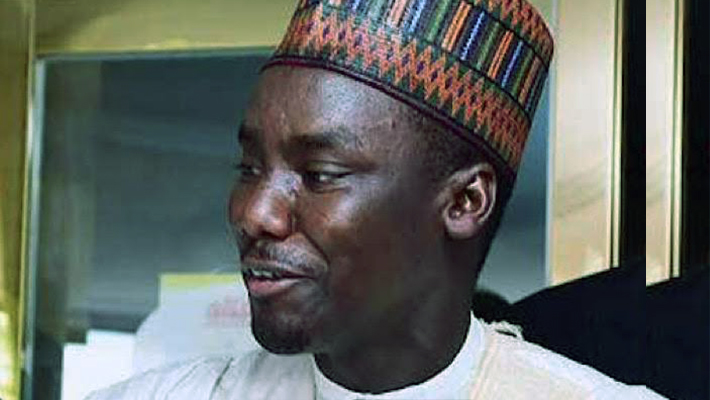 President Muhammadu Buhari has quietly gifted his unqualified nephew the position of an assistant director at the National Intelligence Agency (NIA), Peoples Gazette can confirm, typifying yet another exhibit of his sectional and corrupt determination to cram national security positions with his tribes and clans and leave an enduring influence long after serving out his tenure in 2023.

Sabiu “Tunde” Yusuf, a nephew and domestic but influential aide to Mr. Buhari, was recently admitted as an assistant director at the nation’s external intelligence outfit, the Gazette understands based on information first volunteered by two presidency officials before additional corroboration from an NIA chief.

Mr. Buhari inserted Mr. Yusuf into the NIA even as he lacked requisite field and administrative experience to handle the rigours of the crucial intelligence top job.

Mr. Buhari has declined to make the appointment public to avoid yet another round of public clamour over his bias for northern supremacy in public service. But officials familiar with it have now informed the Gazette and excoriated the president for being unable to recognise the benefits of inclusive national patronage.

The Gazette’s sources, who sought anonymity to discuss matters of national security, said Mr. Yusuf, said to be in his mid-30s, has not been regular on the job because of his primary duties at the State House.

“It is whenever he desires that he will be at work,” one of our sources said. “The claim is now that he is on secondment at the Presidential Villa but his career work is now at the NIA.”

“The reason he was granted an office that should take at least 16 years of career buildup is that the president wanted him to be in charge of NIA before he leaves office,” another source said.

Presidency sources said Mr. Yusuf was sent to the NIA on the back of his “special skills” that Mr. Buhari said would “be useful” to the organisation.

But the move has now triggered squabbles within the NIA, with officials saying it would affect the knowledge base of future intakes.

“The NIA is where you are recruited from the bottom, made to undergo important training and then grow through the ranks,” the official said. “Bringing someone like this is not good for the system.”

“How can you bring a novice to this office when he has no capacity to train others that will be recruited into service from now on?” NIA official said. “This is just a way of further destroying the system by this president.”

Mr. Yusuf, a dreaded confidant of Mr. Buhari’s, has recently been reported as one the richest Nigerians alive, after his stash of unexplained billions became a matter of envy even for Governor Godwin Emefiele.

Those who know him said Mr. Yusuf does not speak Yoruba, with one person saying his middle name, Tunde, was only because he was named after Tunde Idiagbon, a departed army officer who served as deputy to Mr. Buhari’s dreaded junta of 1983-85.

Having undergone his tertiary education at Bayero University Kano, as well as basic computer training at a public institute in Jigawa, Mr. Yusuf who carries out functions as President Buhari’s private secretary has no known corporate experience.

The presidential aide, son of Mr. Buhari’s niece Hajia Halima who passed away in 2018, was famous for selling call cards in his hometown Kaduna before being ferried to the State House in 2015.

“He was a recharge cards expert if you want to know about his occupational background,” a presidency official said. “But he has now found himself in stupendous wealth as a top access merchant in the presidency.”

It was Mr. Yusuf who passed along the humiliating 2019 memo (PDF) from Mr. Buhari to Vice-President Yemi Osinbajo. He connived with Mr. Kyari to manipulate the president into sacking his vice-president from managing the conflict between farmers and herders just in time for the award of N12 billion ruga construction contract, Premium Times reported.

Mr. Yusuf shot into national infamy in mid-2020 after reportedly shunning calls by First Lady Aisha Buhari to self-isolate upon his return from a trip to Lagos — at the time the epicentre of the raging coronavirus pandemic in Nigeria. His trip on presidential jet had flagrantly violated Mr. Buhari’s ban on interstate travel at the time.

Mr. Yusuf was said to have reportedly influenced the arrest of Mrs. Buhari’s security aides, following an altercation that had ensued as a result of his repeated non-compliance with COVID-19 safety protocols.

A presidency source told the Gazette that Mr. Buhari has become increasingly desperate to shield not just himself but his closest associates from criminal charges being compiled against them by political opposition and civic groups. Mr. Buhari’s administration has been accused of covering up unbridled corruption and grievous rights abuses, including extra-judicial executions of innocent citizens.

Mr. Buhari, sources said, recognised the importance of protecting his inner circles even beyond his stay in power, especially because he went after his predecessor Goodluck Jonathan for corruption cases involving him and his aides.

“Unlike Goodluck Jonathan who did not protect his officials from being hounded when they left power in 2015, President Buhari is committed to ensuring that his people are in good shape either in or out of government to withstand being held accountable by the next administration,” our presidency source said.

Chief of staff Ibrahim Gambari is said to be behind the plot to innoculate Mr. Buhari’s henchpeople from being held to account.

“He has assured the president that he has everything covered and he has been implementing it well in recent weeks,” our source said of Mr. Gambari, whose years as a top UN diplomat earned him respect amongst Nigerians.

Last week, Mr. Buhari, in a similarly controversial context as Mr. Yusuf’s, appointed Tukur Buratai as an ambassador to shield him from being hauled to the Hague to answer ICC charges for war crimes and crimes against humanity.

President Buhari has continually denied allegations of being sectional, even in the face of glaring evidence of his inglorious allocation of federal appointments.

Last September, the Gazette reported how the State Security Service under the Buhari regime covertly conducted uneven recruitment, reserving 535 slots to candidates from northern Nigeria; while admitting only 95 southern candidates.

Between 2017 to date, Mr. Buhari has overseen the ouster of prominent southern elites as chief justice of Nigeria, director-general of the State Security Service, registrar-general of the Corporate Affairs Commission and chairperson of the National Pension Commission — ceding their positions to the North.

The Gazette also exposed Mr. Buhari’s secret plot to scheme out the only qualified police officer of Southern extraction to pave way for another northerner to emerge as inspector-general of police.

Last week, Mr. Buhari confirmed the Gazette story when he controversially asked Mr. Adamu to remain in office for another three months because he was reluctant to name Moses Jitoboh, an AIG from Bayelsa, to the top law enforcement position.