“Awolowo set aside 22 percent, the military came and reduced (it) to nothing.” 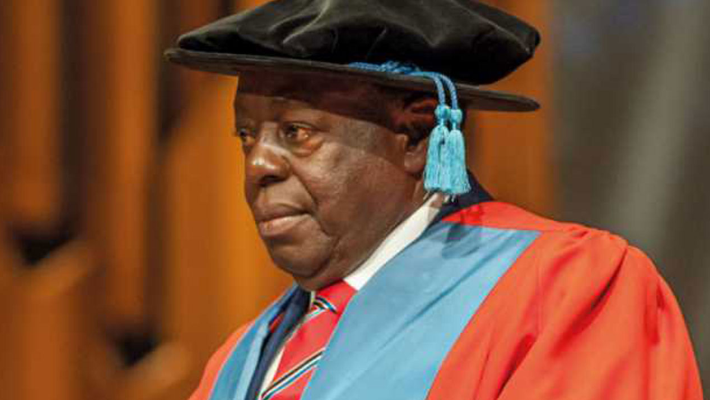 Mr. Babalola also described as criminal the use of strikes to shut down schools for several months.

Mr. Babalola said this in Ado-Ekiti on Wednesday when he received the executives of Bursars’ Association of Polytechnics and Colleges of Technology (BURSCON) and that of the federal government’s Gas Expansion Committee.

The ABUAD founder noted that the slide in the quality of education had negative effects on Nigeria’s socio-economic development.

According to him, that was why after turning down ministerial appointments thrice, “I agreed to go to the University of Lagos as Pro-Chancellor and Chairman of the Governing Council. That is where I had an insight into what was happening to our education system.

“At times, they used to close down the schools under the guise of strike action for almost a year; this is criminal. I want to be an example of a leader committed to the transformation of education, and that was why I established ABUAD.”

He ascribed the rot in the education system to the military incursion into governance, stating, “The government is not doing enough to fund education. UNESCO directed governments to set aside 26 percent to fund education, but what have they done?

“During the Western region, Chief Obafemi Awolowo set aside 22 percent, the military came and reduced (it) to nothing; Chief Olusegun Obasanjo in 1999 budgeted 12 percent and now just six percent.

“Looking at all these, we are not serious with education in this country. What are we doing about endowments? We must set up endowments in our schools.