Their lawyer said granting his clients bail was a necessity because their lives are no longer safe where they are currently detained. 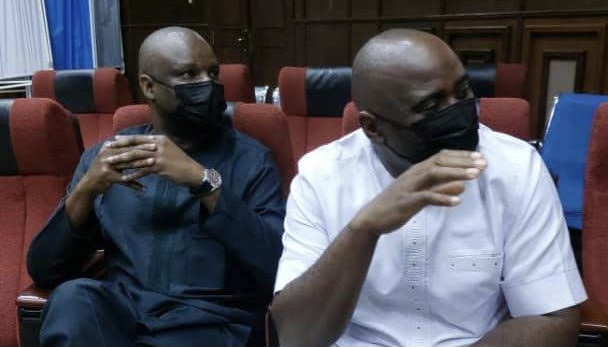 Suspended DCP Abba Kyari on Wednesday prayed the Abuja Division of the Federal High Court to grant him bail following the attack on Kuje Correctional Centre by Boko Haram.

Mr Kyari and other officers of the Inspector General of Police (IGP)’s Intelligence Response Team (IRT), through their counsel, told Justice Emeka Nwite that their lives were in danger in the correctional facility.

Moving the motion for bail, Onyechi Ikpeazu, SAN, who appeared for the first (Kyari), fourth and fifth defendants, said granting his clients bail was a necessity because their lives are no longer safe where they are currently detained.

He said the officers should not be kept in the facility, urging the court to admit them to bail on liberal terms.

Gboyega Oyewole, counsel for the second defendant, spoke in the same vein.

But lawyer to the National Drug Law Enforcement Agency (NDLEA), Sunday Joseph, disagreed with the defence counsel and urged the court to dismiss the bail application.

The judge adjourned the matter until August 30 for a ruling.

On 5 July, the Boko Haram breakaway faction Islamic State West Africa Province (ISWAP) led an attack on the custodial centre, leading to the escape of 879 detainees, including all 68 imprisoned Boko Haram members.

Earlier in the trial, NDLEA’s lawyer tendered the sum of $61,400 allegedly used by suspended Mr Kyari to bribe the agency’s officer in the drug trafficking suit preferred against him and four other police officers.

He tendered the cash in open court before the judge when the third prosecution witness, Peter Joshua, was being led in evidence in the trial of the suspended IRT members.

At the resumed trial, Mr Joshua, who works at the NDLEA, FCT Command as an exhibit officer, testified against Mr Kyari and his men.

The judge admitted the cash in evidence as Exhibit 11 after the defence counsel did not oppose the application.

The NDLEA accused the police officers, who had been on suspension pending the hearing and determination of the matter, of alleged compromise.

They were accused of tampering and dealing with part of the 21.8 kilogrammes of cocaine recovered from Chibunna Umeibe and Emeka Ezenwanne.