The APC presidential campaign council said the Afenifere leader was using the group to pursue a personal political agenda against Bola Tinubu. 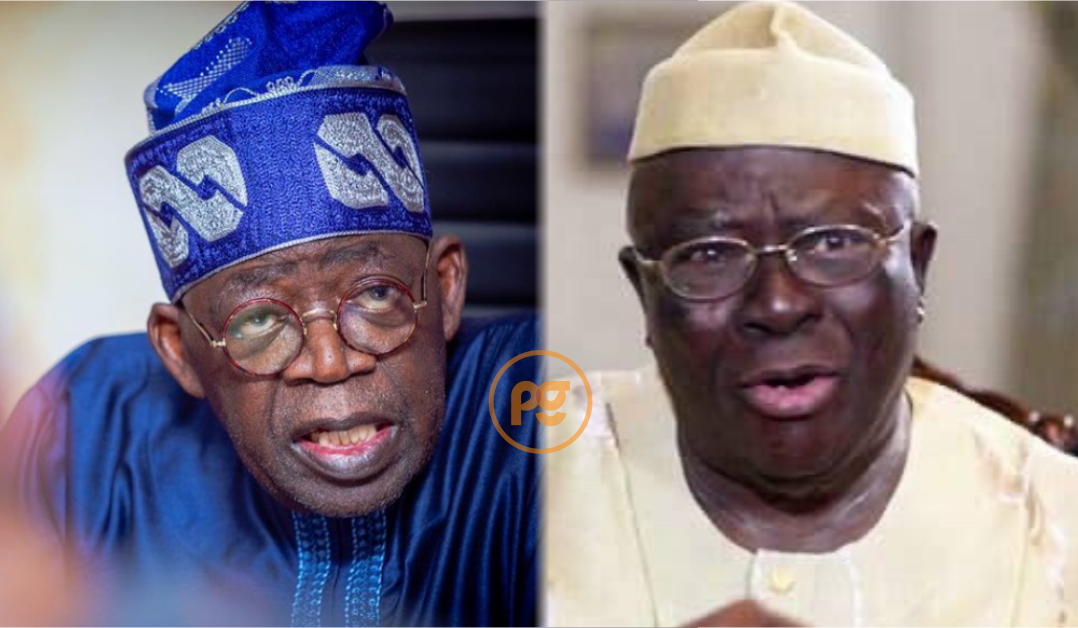 The All Progressives Congress (APC) presidential campaign council has criticised the leader of Afenifere, Ayo Adebanjo, for using the pan-Yoruba socio-cultural group to pursue a personal political agenda against the ruling party’s flag bearer, Bola Tinubu.

In a statement issued on Saturday, Bayo Onanuga, spokesperson for the APC campaign council, accused Mr Adebanjo of masquerading with Afenifere to canvass support for Peter Obi, the Labour Party (LP) candidate in the 2023 general election.

“We know for a fact that Baba has turned Afenifere into his personal estate as Acting Leader. We are also certain that there was nowhere Afenifere, as we know it, met and took a decision to adopt Mr Peter Obi as a candidate for the 2023 presidential election,” Mr Onanuga said.

Mr Adebanjo, one of the revered leaders of the pan-Yoruba socio-cultural group, has openly supported Mr Obi in his presidential bid to succeed President Muhammadu Buhari, who would be rounding off his eight years tenure on the seat.

The Afenifere leader has continuously shown his disdain for the person of Mr Tinubu, a former governor of Lagos, after the latter caused division in the pan-Yoruba group in the run-up to the 2003 election, causing its members to split in different groups.

Also, Mr Adebanjo has never failed to assert that his decision to support Mr Obi, who is from the South-east part of the country, was based on equity, fairness, and justice.

The APC campaign council said Mr Adebanjo, although free as an individual to support any candidate of his choice in the election, does not speak for Afenifere.

“We respect the age of Baba Adebanjo but he can not turn Afenifere into his personal franchise for any political alliance,” the statement said.

The statement further, “We are very much aware that Baba Reuben Fasoranti, the real leader of Afenifere had stated clearly that Pa Adebanjo has always been speaking for himself on many national issues using the name of the group.

“It is our well considered position that Pa Adebanjo cannot appropriate Afenifere. Baba is just an individual who is free to support any politician of his choice. As an individual, he  cannot equate himself with the socio-cultural and socio-political organisation.”