The governor added, “I’m calling on the federal government to work with us as governors and local governments because that’s where the solution is.” 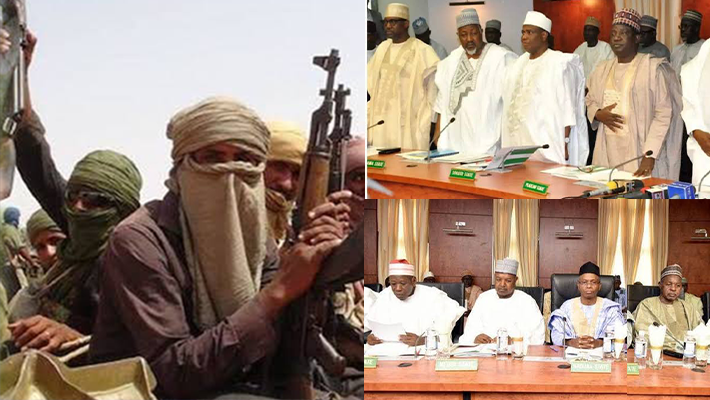 Governor Bala Mohammed says northern governors and residents know bandits terrorising the region, and sometimes some of them help the bandits to commit atrocities.

“We are all policemen today. We know these bandits. We know where they stay and what they do,” Mr Mohammed said. “Sometimes, they are aided and abetted by some of us, and we should fish them out because the police in their numbers are already overwhelmed.”

The governor added, “I’m calling on the federal government to work with us as governors and local governments because that’s where the solution is.”

According to the governor, President Muhammadu Buhari’s regime will not be able to tackle the continued deterioration of nationwide insecurity alone.

Mr Mohammed further explained, “It is the responsibility of the federal, state and the local governments, including all the traditional institutions in the country.

“These problems can only with tackled with concerted efforts and collaboration from the federal, state, and local governments.

“As a nation, we are challenged by so many aspects of misdemeanours, crime, and criminality. It is not just a federal government’s responsibility. I hope we sit down as a country to reflect and make sure we bring solutions.”