Woods reaffirmed his support for the PGA Tour and warned that those who join LIV Golf may scupper their chances of competing at the majors. 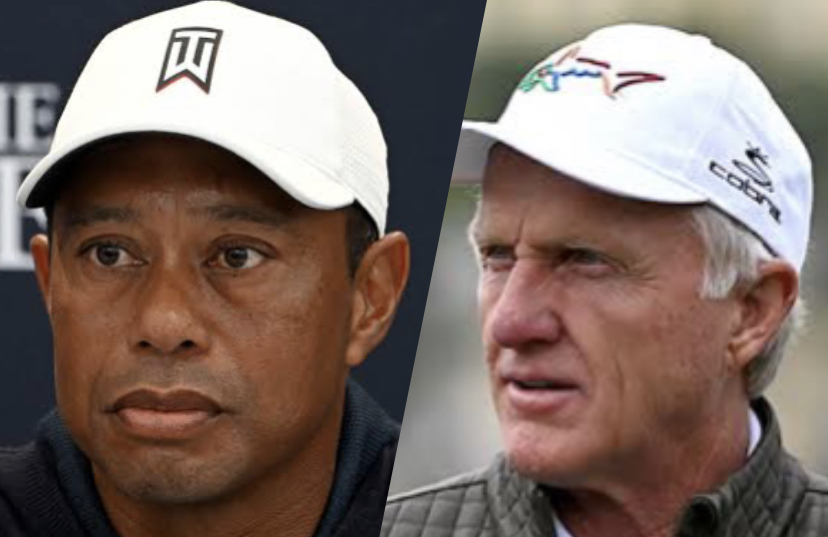 Tiger Woods expressed no sympathy for Greg Norman as he backed the LIV Golf chief’s omission from the celebrations at this week’s 150th Open Championship.

Norman, two-time winner of the Claret Jug, was snubbed by tournament organisers the R&A amid the furore caused by the Saudi-backed breakaway tour he has been pivotal in setting up.

The 67-year-old was not permitted to attend Monday’s Celebration of Champions event, as well as being denied an invitation to the Champions’ Dinner.

Speaking at St Andrews on Tuesday, Woods echoed the sentiments of Rory McIlroy, who supported the decision.

The 15-time major winner, Woods went even further with his criticism, suggesting Norman was acting in a way that was in opposition to the interests of the game.

“The R&A obviously have their opinions and their rulings and their decisions,” said Woods, who has won the Open three times, twice at the Fife links.

“Greg has done some things that I don’t think are in the best interest of our game, and we’re coming back to probably the most historic and traditional place in our sport. I believe it’s the right thing.”

Woods reaffirmed his support for the PGA Tour and warned that those who join LIV Golf may scupper their chances of competing at the majors.

“I know what the PGA Tour stands for and what we have done and what the tour has given us.

“The ability to chase after our careers and to earn what we get and the trophies we have been able to play for and the history that has been a part of this game,” Woods said.