According to him, good school discipline depends on skilled and properly trained teachers rather than students’ bad behaviour. 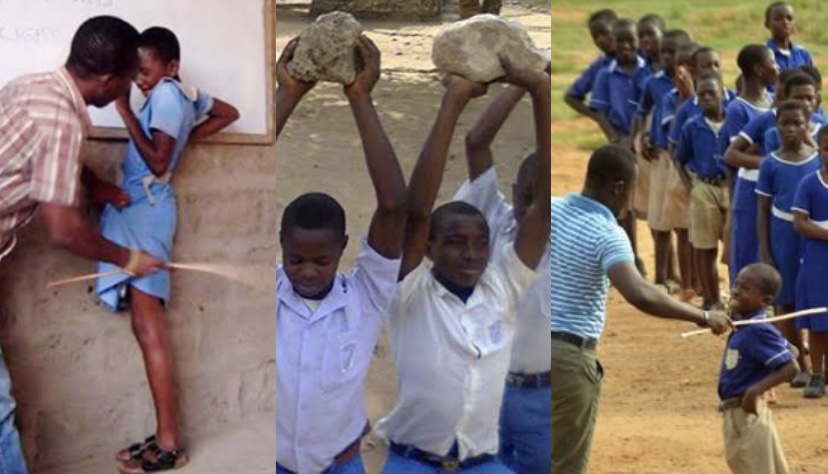 UNICEF, in collaboration with the Teachers Registration Council of Nigeria (TRCN), has developed a draft national action plan targeted at ending all forms of corporal punishment in schools.

The Minister of Education, Adamu Adamu, who congratulated UNICEF and TRCN for the initiative, said the action plan would improve enrollment, retention, transition and completion in education.

According to him, we are beginning to see a global change of how corporal punishment is considered, and now it is easier to see that it is not effective and that there are alternatives.

“The Federal Ministry of Education, therefore, endorses this plan to serve as a roadmap for ending corporal punishment in schools in line with the Child’s Right Act passed into law in 2003.

“It will help to protect children’s right to a life of violence,” he said.

The Registrar, TRCN, Professor Josiah Ajiboye, said that learning and safety could no longer be thought of as separate entities, hence the need to build a safe education to build better and safer children.

Mr Ajiboye called for more effort to educate parents and teachers on the implication of corporal punishment as well as the alternatives that were available to them.

According to him, good school discipline depends on skilled and properly trained teachers rather than students’ bad behaviour.

“Globally, there is a paradigm shift from corporal punishment in schools because of its effect on pupils.

“It has been proven to be ineffective, dangerous and an unacceptable method of controlling and maintaining behaviour and discipline.

“This is because it brings negative rather than positive consequences in the whole process of teaching and learning,” he said.

He, therefore, said the campaign was committed to seeing a school culture that ensured a safe and respectful environment for everyone.

Representative of the Technical Working Group of the action plan, Noah Ashibi, said over 62 per cent boys and 59 per cent girls were reported to have experienced some form of physical abuse.

He said the pupils had the abuses such as corporal punishment in schools and at home.

Mr Ashibi, who is also an Assistant Director, TRCN, Cross River Coordinator, said the findings had huge implications for children’s right to education in Nigeria and the achievement of the Sustainable Development Goals (SDGs) 4.

“Nigeria is presently struggling with a large number of out-of-school children, a phenomenon largely attributable to the various forms of violence affecting children.

“In a recent survey of learners, teachers, parents and traditional leaders in northern Nigeria, 62 per cent of learners reported experiencing various forms of corporal punishment such as flogging, slapping, kicking, frog jump and other physical violence.

“Over half of the respondents identified teachers as the main perpetrators of corporal punishment.

“These violent disciplinary practices persist with the large body of research that acknowledges the physical, emotional, developmental and psychological harm that they inflict on children.”

He, however, called for serious action from all stakeholders to eradicate the practice from schools.

In the same vein, Odinakachi Ahanonu, the Policy Advisor, Civil Society Action Coalition on Education for All (CSACEFA), called for a strong synergy in ensuring that the plan contributed to ending corporal punishment in schools.

Highlight of the event was a call to action at federal, state, local governments and schools levels to create awareness on the dangers of corporal punishment, coordinated at all levels.

It also called on stakeholders to develop and implement a policy framework focusing on ending corporal punishment in schools, among others.