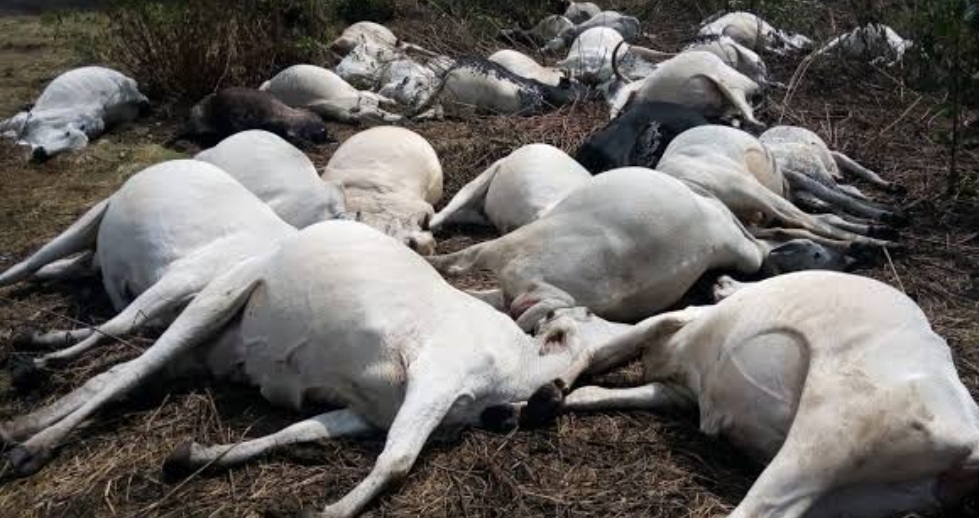 The International Organisation for Migration (IOM) disclosed on Monday that at least 1.5 million livestock died across drought-affected parts of Ethiopia.

“Many regions in Ethiopia are currently experiencing one of the most severe La Nina-induced droughts in recent decades. More than eight million people are acutely food insecure, and 1.5 million livestock have died due to drought which has destroyed people’s livelihood,” the UN migration agency said in its latest drought situation response report.

“Nearly 300,000 drought-affected people have migrated in search of water, pasture, or assistance,” the IOM report disclosed.

It also said it was providing water and sanitation-related services, as well as delivering comprehensive life-saving primary healthcare and nutrition services.

On Thursday, the UN Office for the Coordination of Humanitarian Affairs (UNOCHA) disclosed at least seven million livestock died across drought-affected Horn of Africa (HOA) countries.

The UNOCHA also warned that the situation could further deteriorate as forecasts indicate that the October-December 2022 rainy season could also fail, leading to “an unprecedented and catastrophic situation, the likes of which has not been witnessed in the Horn of Africa in recent history.”

Amid the continued drought conditions, communities in the region are facing the threat of starvation following four consecutive failed rainy seasons in parts of Ethiopia, Kenya, and Somalia.