More than 60 per cent of the road crashes are as a result of human factors, the FRSC said. 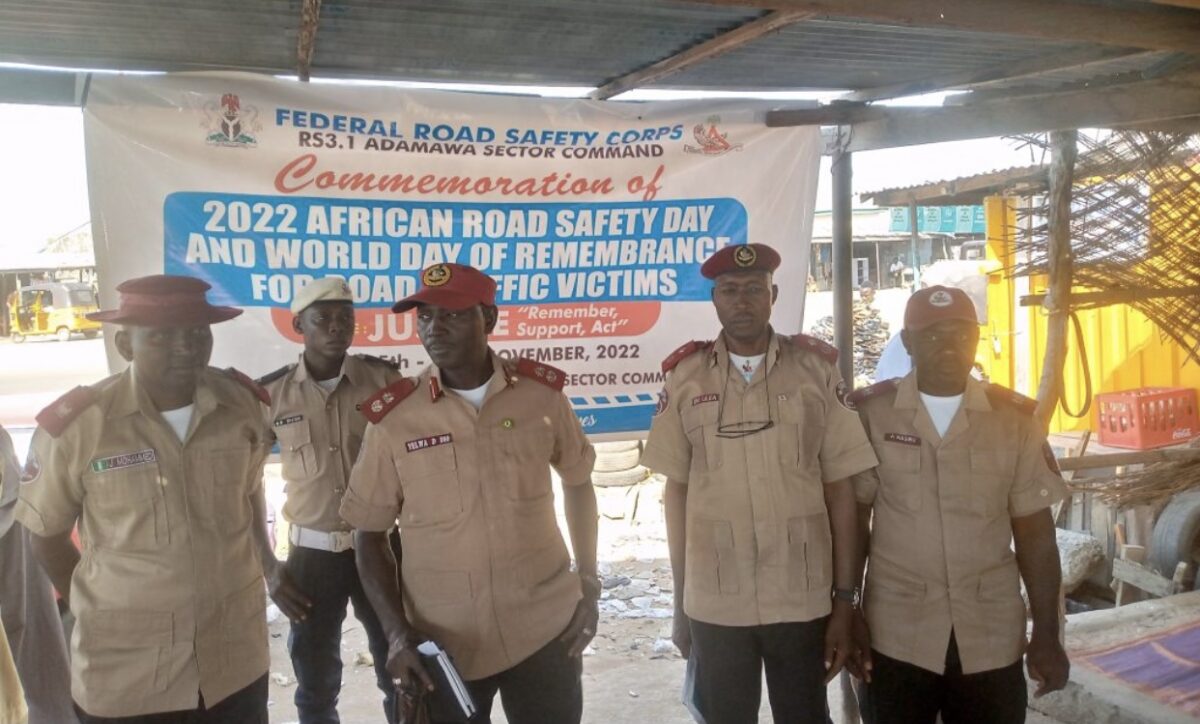 The Federal Road Safety Corps (FRSC), Adamawa command, says it recorded no fewer than 101 deaths as the result of road crashes between January and November 15, 2022.

Yelwa Dio, Sector Commander FRSC Adamawa, disclosed this during a sensitisation visit to motor parks in commemoration of Africa road safety day and world day of remembrance of road traffic victims in Yola on Wednesday.

He said during the period under review, over 491 people sustained injuries.

Mr Dio called on drivers to always abide by traffic rules and regulations for their safety and that of their passengers as well as other road users.

“From January to September ending in Adamawa, we have a record of over 491 persons that were injured and those who lost their lives were about 91.

“And in October and November which we did not add, we recorded more than 10 deaths as the result of a partial accident in Girei.

“These things can not continue. We need to sensitise drivers, passengers and other road users,” he said.

According to him, more than 60 per cent of the road crashes are as a result of human factors.

He advised drivers to avoid overloading, over-speeding and dangerous driving to remain safe and alive for taking good care of their families.

Mr Dio said during the period of Ember Months, there would be a high volume of vehicle movement, some travel for Christmas, new year and some will be transporting farm produce from one place to another.

Mr Kaka, represented by Hamid Abdulhamid, said that the union is also doing its best on sensitising members to abide by the traffic rules and regulations.