The 22 persons in the accident involving a DAF Trailer and a Toyota Bus were all males. 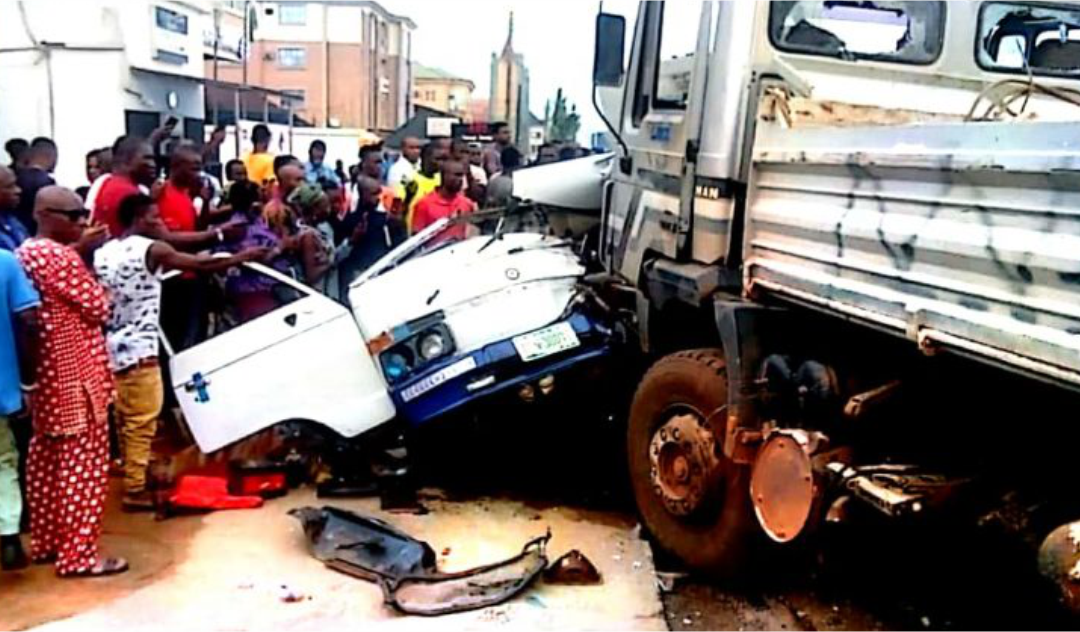 The Federal Road Safety Corps (FRSC) has confirmed that 17 persons were killed while four others were injured in an auto crash on Kwali-Abaji Road before Awawa in the FCT.

The corps spokesman, Bisi Kazeem, said this in a statement on Tuesday in Abuja.

He said the 22 persons involved in the accident were all males, adding that the injured victims were provided first aid treatment by rescue workers before being taken to the hospital.

“Out of 22 victims, four persons sustained various degrees of injury, 17 died while one was rescued without any injury.

“Investigations revealed that the crash happened because of speed limit violations and fatigue,” he said.

Mr Kazeem said the corps emergency rescue team took the injured to the Abaji General Hospital while the remains of the dead victims were deposited at the morgue.

He said crash investigations over the years attributed the cause of major crashes in Nigeria to excessive violation of the legal speed limit.

Mr Biu also attributed the fatigue to the driver’s inability to observe adequate rest after a night-long trip.

According to him, drivers’ attitudes necessitated the sensitisation and subsequent enforcement of compulsory installation of speed-limiting devices.

He also urged them to desist from compromising road traffic regulations.

The acting corps marshal assured the public that the corps would step up operational activities to check traffic accidents.