Despite limited funding allotted to capital projects, the budget’s projected deficit of N4.98 trillion will be financed mainly by borrowing. 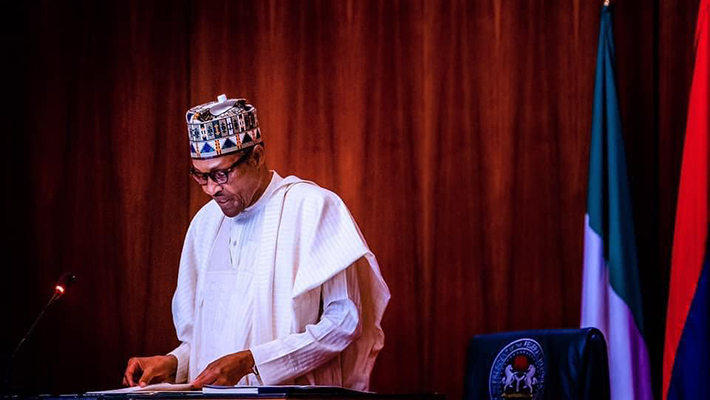 Nigeria will spend N3.12 trillion in servicing its debt next year — a figure slightly lower than the N3.58 trillion projected for infrastructure development in the 2021 Appropriation Bill.

The 2021 fiscal plan presented to parliament Thursdaymorning by President Muhammadu Buhari projects N2.183 trillion for servicing of the country’s domestic debt, and N940.89 billion for repayment of its foreign creditors.

This, the president noted, represents an increase of N445.57 billion from N2.68 trillion for debt service in 2020.

Despite limited funding allotted to capital projects, the budget’s projected deficit of N4.98 trillion will be financed mainly by borrowing.

Experts have frowned at the country’s rising debt profile, expressing fears over the repayment plan, in view of the revenue shortfall occasioned by declining oil prices.

Many Nigerians query why the country continues to borrow to fund its recurrent spendings, instead of routing foreign loans exclusively to capital projects.

Calls for the reduction in the emoluments of political leaders in the country have continually been jettisoned, as mismanagement of government revenues continues unabated.

An economist, Marcel Okeke, acknowledges the challenges of funding the budget due to the drop in petrodollar inflows.

“Certainly there is a very huge funding gap. But, given the nation’s huge outstanding debt that runs into billions of dollars, there is serious cause to worry that much more money is being borrowed”, he said.

The proposed N13.08trn 2021 fiscal plan is premised on a benchmark oil price of $40 per barrel and a daily oil production volume of 1.86 million barrels.

Capital expenditure which is estimated at N2.083 trillion, would account for 29 percent of the total budget while 33 percent will be spent on personnel cost: paying salaries and overheads in MDAs.

President Buhari assures that capital expenditure in the 2021 budget would be focused on the completion of as many ongoing projects as possible, rather than the commencement of new ones.

The president further notes that key capital spending allocations in the Appropriation Bill include power, works and housing, transportation, defence, agriculture, education, health, among others.