Nigeria’s Aruna Quadri came back from 2-0 down to beat arch-rival Egypt’s Omar Assar 4-3. 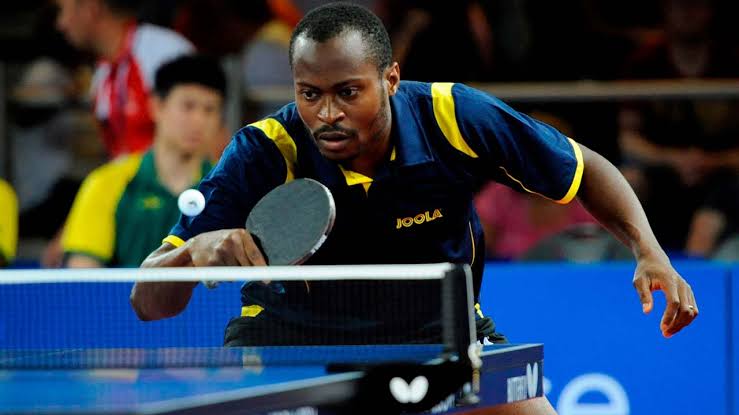 Aruna Quadri made a massive comeback to defeat arch-rival Egypt’s Omar Assar 4-3 to win the men’s singles title at the 2022 ITTF Africa Senior Championship on Friday.

The 34-year-old Nigeria Table Tennis legend trailed Omar in the first two sets of the highly-anticipated encounter but came back stronger to beat the seven times gold medalist to the Africa Championship title in Algeria.

On their way to the final, Quadri thrashed fellow Nigerian compatriot and reigning Africa U-19 champion Mati Taiwo 4-0 in the first semi-final game, while Omar hammered Algeria’s Bouloussa Mehdi by the same scoreline in the second semifinal game.

Meanwhile, Dina Meshref of Egypt defeated fellow countrywoman Yousra Helmy to win the women’s singles title of the 2022 ITTF Africa Senior Championship for the third time in her career.