“I will build a brand new city that will rival Dubai in Rivers,” the APGA candidate, Ugo Beke said. 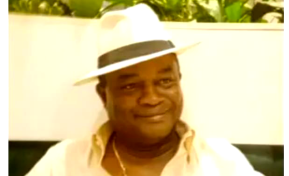 The 2023 Rivers governorship candidate for the All Progressives Grand Alliance (APGA), Ugo Beke, has pledged to make the State a global-to-go destination like Dubai.

Mr Beke, a merchant banker and financial consultant, in a statement in Lagos, said his plan was to build a 250 billion dollars revenue yielding Oil and Gas City if elected.

“Rivers can start generating well above what all 35 states and Abuja – put together cannot muster – yearly, if I am elected as the next governor of the oil rich state come March 2023.

“The Oil and  Gas city, the first of its kind in Africa will be the hub of companies, professionals-skilled and semi-skilled, allied companies and every player in the oil & gas industry.

“With the billion oil dollars that rule the industry, commercial activities at the highest level-matched with a very high purchasing power which workers are associated with in the industry, Rivers  will become the global go-to- destination,” Mr Beke said.

He said he had what it takes to unlock the riches that would make the oil rich state generate internally, more than what it needed to bring practical prosperity to Rivers people.

“We can be making 250 billion dollars every year from the new oil & gas city I intend to build in Rivers, when I’m elected as governor,” he stressed.

Mr Beke said that whatever helped build Dubai to become the world’s iconic city for business and leisure, would drive him to plan the Rivers Oil & Gas city.

He said that such a city would rub shoulders with the famed Dubai.

“I will build a brand new city that will rival Dubai in Rivers,” the candidate said.

The banker and gas expert promised to tackle the increasing unemployment rate massively through the proposed city.

He said that he had done his homework on what it would take to turn the economy of Rivers around and effectively make the people prosper.

Mr Beke, who noted that he held the new city idea to his heart, expressed confidence in his capacity to secure the lives of every family and business in the state.

The candidate said if elected, he plans to deploy vigilante to every local government in the state, among other things to secure it for businesses to thrive.