The road show, which began at Ogba in Ikeja, was attended by several other Tinubu support groups, including Team Faleke. 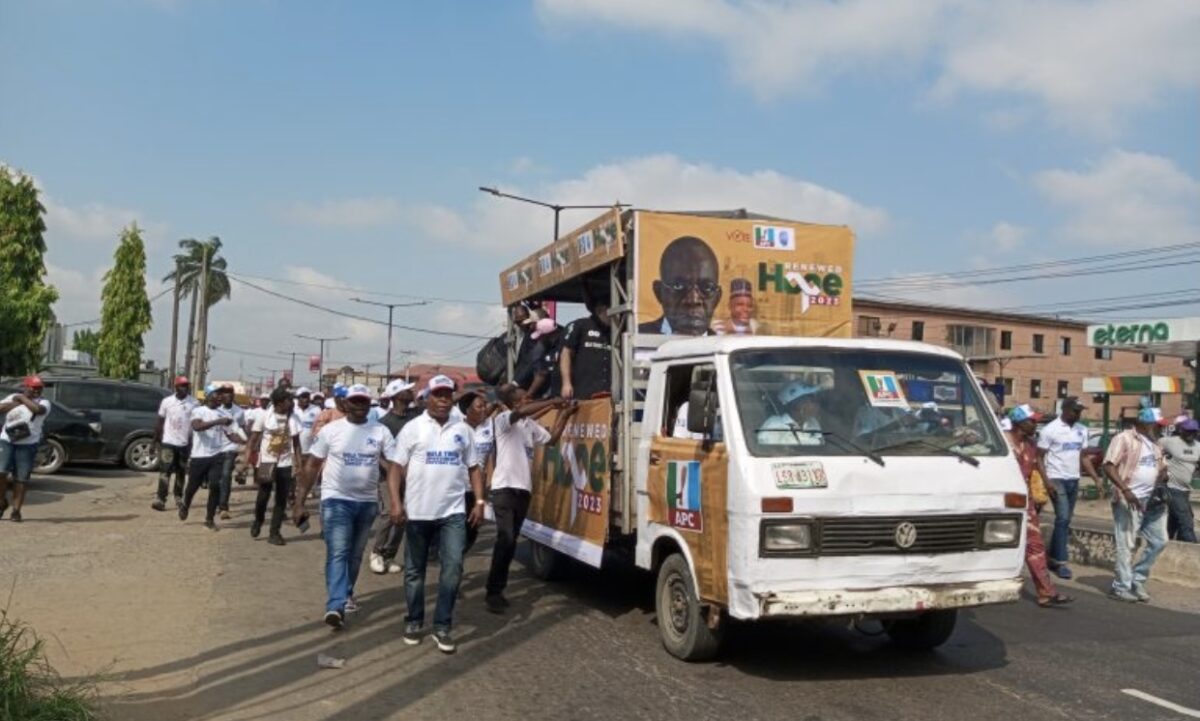 Mr Tinubu, also the Convener of ABAT Framework Outreach, a support group for the APC presidential candidate, said the outreach would organise 10 road shows in Lagos state  before moving to other South-West states including Kwara.

According to him, only the APC presidential candidate has the antecedents to bring about Nigeria of everyone’s dreams.

“The road show is to bring our campaign to the people where they live. We are going to go all over Lagos state and Ogun, Oyo, Ekiti, Osun, Ondo . We  will also get to Kwara.

“The idea is that we want to talk to people about Asiwaju, APC and the good plans Tinubu has for them,” he said.

Pouring encomiums on the outstanding performance of Mr Tinubu, the transport expert said that Nigerians would not regret voting the APC presidential candidate in the 2023 general elections.

He added: “Tinubu is the best for Nigeria. Let us look at what he has done for Lagos. He will do better in Nigeria if given the mandate.

“He will take the country to the Nigeria of all our dreams. He is the only one that can make it happen.

“He has been planning for this for a long time. I believe Tinubu  is best and the only one that can take Nigeria to where we all want.”

The road show, which began at Ogba in Ikeja,  was attended by several other Tinubu support groups, including Team Faleke.

The long convoy, which moved from Ogba to Ojodu roundabout, then to Agidingbi inward Coca Cola, Kudirat Abiola way via Awolowo way, proceeded to Ojota , Maryland, Mobolaji Bank Anthony Road and outward to Computer Village area before terminating at the campaign headquarters at 71 Awolowo Way, Ikeja.

The show, which slowed down traffic in  parts of Ikeja transversed, saw the organisers distributing campaign flyers, T-Shirts and Caps to motorists and passers by.

The participants were dressed in White and Black T-Shirts and caps of different colours with various inscriptions on them to seek support for Mr Tinubu, Governor Babajide Sanwo-Olu and other APC candidates.