In the past months, billboards and posters of Mr Tinubu’s election bid have flooded major cities, particularly Lagos and Abuja. 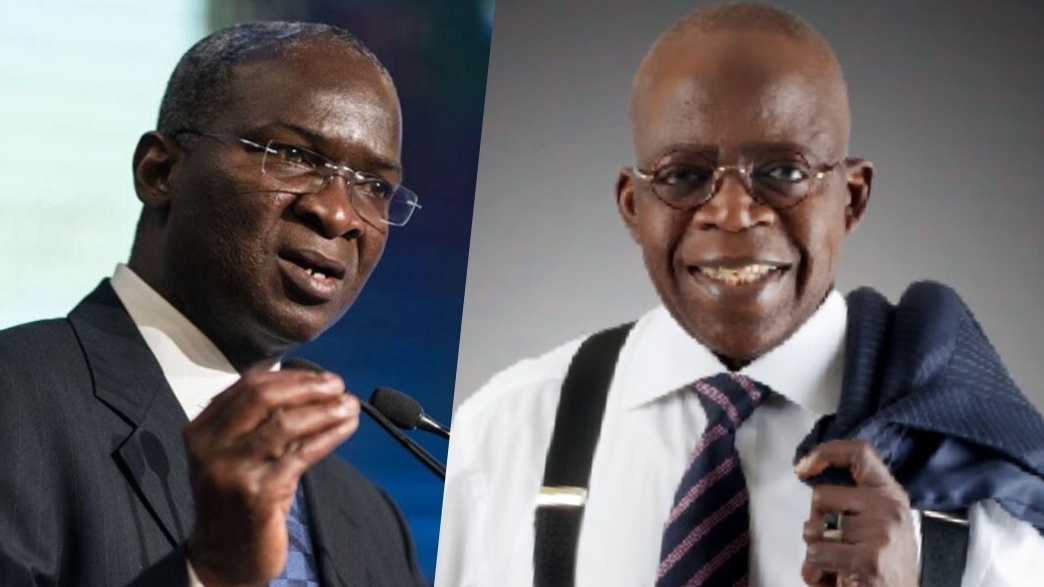 The national leader of the All Progressives Congress (APC), Bola Tinubu, says he will in January 2022 declare his intention in contesting in the 2023 presidential elections.

This was disclosed by the Minister of Works and Housing, Babatunde Fashola, who said Mr Tinubu is yet to inform him of his presidential bid.

“I saw him last week; he didn’t tell me he is running for office and to the best of my knowledge, the last statement he made about it was that people would know in January,” Mr Fashola said during an interview on Channels Television.

When asked if he queried the party chieftain about the speculations, Mr Fasola said “No, I didn’t ask him, I only went to see how well he was doing.” Nonetheless, the minister said, “he has issued a statement that “I will speak in January”, so let’s wait for his speech.”

Speaking further, Mr Fashola stressed that he could not immediately declare support for any candidate, as he awaits official declaration.

“As far as I am aware, nobody has said, “I want to be Nigeria’s President”. There are people speaking for people. Nobody has come out, we are not at that stage yet.

“I can’t venture out and say that I will speak for X or Y. Let the person come out and say, “I want to serve Nigeria”” the minister said.

He added that “It pains me sometimes when we see that very important job and responsibility to, “My people said”. I think the whole sense of it should be that I am able, I have to look at myself, give me your problem, you go to sleep,” Mr Fashola said.

While Mr Tinubu, a former governor of Lagos State, is yet to make an official announcement, there have been indications of his interest in succeeding President Muhammadu Buhari.

In the past few months, billboards and posters of his election bid have flooded major cities in Nigeria, particularly Lagos and Abuja.

The group, named SWAGA23, was inaugurated on October 7, in Ikeja, to kick-off campaign activities for the former Lagos governor.

“The SWAGA we are launching in Lagos today is a demonstration of Tinubu’s enduring political principles and strong vision,” Mr Sanwo-Olu partly said during the inauguration.