Mr Olson called on all parties, candidates and their supporters to avoid language that tries to “guarantee” victory. 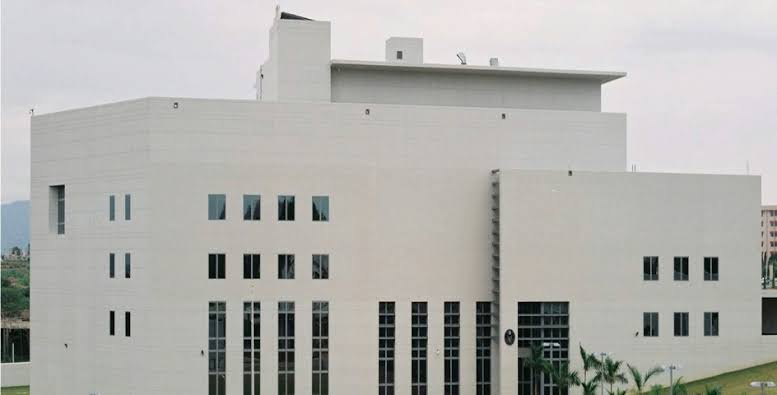 The Political Counselor at the U.S. Embassy in Nigeria, Rolf Olson, stated this at the Hubert Humphrey Fellowship Alumni Association Annual Seminar 2022 on Promoting Electoral Integrity in Nigeria: Prospects and Challenges” in Abuja on Thursday.

On May 18, the U.S. said it will impose visa restrictions on anyone who promotes violence as Nigeria holds its general election in 2023.

Mr Olson, who delivered his keynote address virtually, described the threat as one of the important messages from the United States government about the upcoming elections.

He said that the U.S. government looked to all Nigerians to reject the use of violence and inflammatory rhetoric before, during, and after election day.

“When we say all Nigerians, we mean all: politicians, candidates, students, leaders of religious, traditional, community, youth, and business organisations and entities – everyone has a role to play in this effort.

“Even a small number of troublemakers can cause substantial havoc to an election. It takes a comprehensive effort to try to eliminate the use of violence and inflammatory rhetoric.

“Individuals seeking to undermine the democratic process, including through violence, may be found ineligible for visas to the United States.

“We have imposed visa restrictions in the past against those responsible for, or complicit in, undermining the democratic process, and remain fully willing to do so again in the context of the upcoming elections.”

He said it was essential that candidates and their parties – as well as all of their supporters seeking to help them win elections – refrain from brash assertions of victory that suggest defeat is only possible if there is fraud.

“There is no true democratic election in which the outcome is foretold.

“Before I became a diplomat I used to work in American politics in Washington, and I have witnessed numerous elections in which a particular candidate seemed certain to win, based on some combination of various factors.

“Factors such as -a very favourable partisan identification of voters in the district, city, or state; polling data that appeared to show a very large, insurmountable lead over the opponent; or perhaps the fact that the candidate was the incumbent, who had been elected to that same office, possibly several times.

“But in some cases, the very unexpected happens. That’s democracy. And candidates and parties that seek to run for public office must accept one fundamental truth – losing is always possible.

“If you’re not willing to accept the possibility that you might be defeated, then you should not be running for office in the first place.”

Mr Olson called on all parties, candidates and their supporters to avoid language that tries to “guarantee” victory.

“It is entirely reasonable to feel confident about your or your candidate’s chances – it’s up to you if you want to spend precious campaign time being confident rather than focusing on the hard work necessary to actually win.

“But no democracy, Nigeria’s included, is well-served if millions of its citizens believe only one legitimate outcome on election day is possible.

“Steer clear of that kind of rhetoric, and Nigeria’s electoral process will be much the better for it.”

He also reemphasised that the U.S. government has no support for any individual candidate or party in the 2023 general elections or any other election.

“It never ceases to amaze me how often we see comments, claims, and assertions from people in social and traditional media about what our supposed objectives are in the elections, which candidate or party we favour, how to interpret certain statements or actions of ours in terms of what it means about our intentions are perceptions.

“In reality, I think it is quite simple to interpret us, especially when it comes to the elections. We always try to be clear in our messages, so let me be clear here on several important points:

“The United States does not support any individual candidate or party in this election cycle (or for that matter, in any other upcoming election).

“Our interest is in supporting credible and transparent elections that reflect the will of Nigerian voters, in a process that is conducted peacefully. Full stop,” Mr Olson said.