2023: We’re praying for Tinubu to return from UK, says Akeredolu

Akeredolu says southern governors are praying and awaiting APC national leader Bola Tinubu’s return from the UK before deciding on the 2023 presidency. 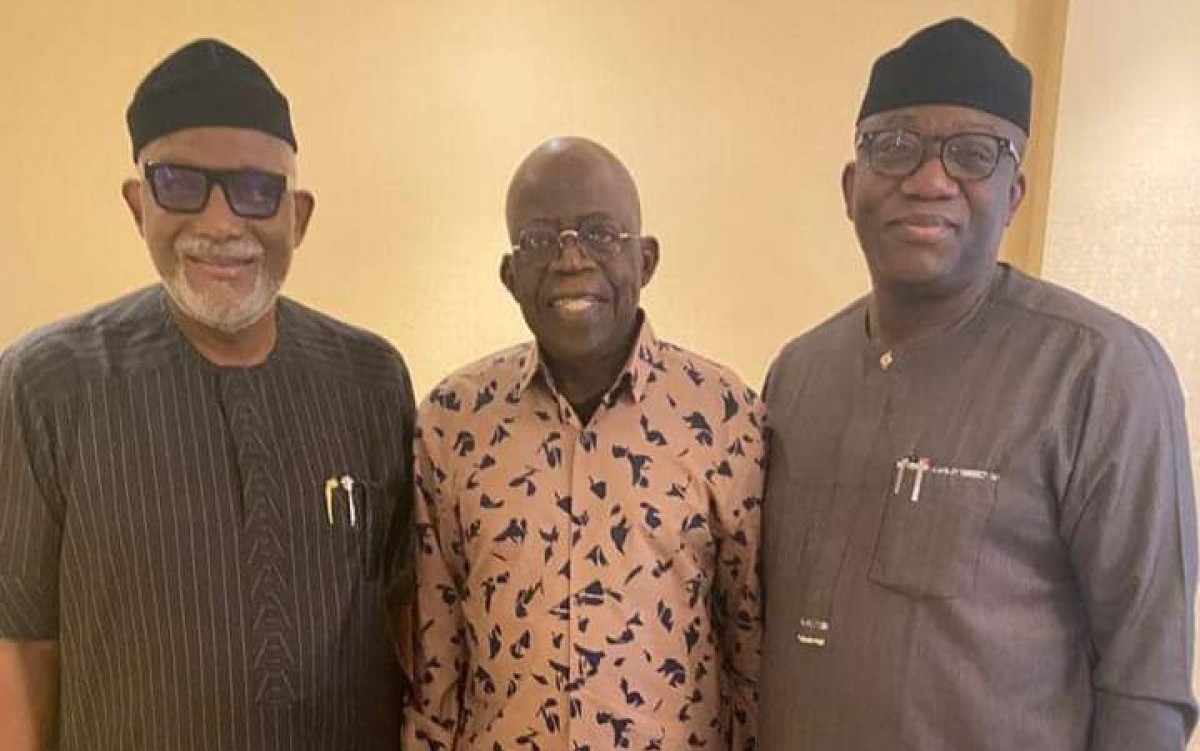 Mr Tinubu has just gone under the knife, according to the Ondo governor.

“We are praying that he ( Mr Tinubu) return home on time because I don’t know whether it is permitted to use the word on national television,” stated Mr Akeredolu, chairman of Southern Governors’ Forum, on ARISE TV.

Explaining further the importance of Mr Tinubu to the southern region, the governor said, “He is the capo here in the South-West and South-South. So we are waiting for him to come back.”

He added, “By the time he comes, we will take very important decisions, and he will support us. He is our Capone, and we are ready to follow for us to take decisions together, and at the end of the day, whoever the party picks, we will rally round that person.”

He further spoke on why he joined other governors to visit Mr Tinubu, who has been on a medical vacation in London, dismissing rumours that the latter was dying.

“We went to visit our national leader. I was there because of a lot of rumours here and there. So it was important for us to go see for ourselves. I was there, and I saw him for myself,” Mr Akeredolu explained. “There is nothing so alarming or anything about his health that people are talking about. He’s explained to us he had surgery.”

The SGF chair pointed out that everybody “goes through one surgery” or the other.

“But he is in recuperating very fast,” said Mr Akeredolu. “You will never know that he has done any surgery.”