Ms Tallen said this was to engage the presidential candidates on their plans and commitment to the development of women and girls. 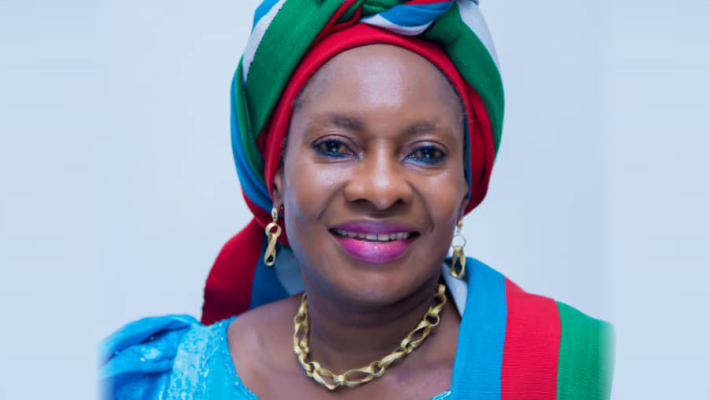 The Ministry of Women Affairs, in collaboration with Engage, Empower Educative Initiative (EEEI), an NGO, is set to organise a Pink Debate for presidential candidates ahead of the 2023 elections.

Pauline Tallen, Minister of Women Affairs, made this known on Wednesday in Abuja, during a stakeholders meeting on Pink Debate for presidential candidates.

Ms Tallen said this was to engage the presidential candidates on their plans and commitment to the development of women and girls.

The minister, who was represented by Funke Oladipo, Director, Women Development, said the objective of the meeting was to also solicit for support and collaboration over the Pink Project, aimed at addressing women and girls issues.

She explained that though women were active in the political process, they however, often gained little or nothing from the dividends of democracy.

“The ministry is collaborating with EEEI to organise Pink Debate known as pre-election debate, for key political parties’ candidates to get their commitment to Nigerian women.

“The inability to achieve the 35 per cent affirmative action is evidence that Nigerian women are not being carried along by the elected officers,’’ the minister said.

Also, Belema Meshack-Hart, the Executive Director of EEEI, who gave an overview of the Pink Debate, listed its objectives, aimed at helping women make informed decisions.

“To create a follow up mechanism with a view to hold political office holders accountable for their promises after election.

“Increase participation of women and girls with disabilities in all governance processes.

“To drastically reduce voter(s) apathy and increase the level of participation of women in the electoral process at all tiers of government.

“To ensure that women are given fair access to opportunities as men, and also create an environment that fosters social equality and gender inclusivity,’’ Mr Meshack-Hart said.

He explained that the idea behind the debate was to ensure all presidential candidates discussed their plans and commitments towards attaining social equality, gender inclusivity.

According to him, it is also to hold them accountable over the promises and commitments they make during campaigns.

He, therefore, urged all candidates to ensure they attended the debate.

The date for this year’s Presidential Pink Debate, will be announced by the minister.