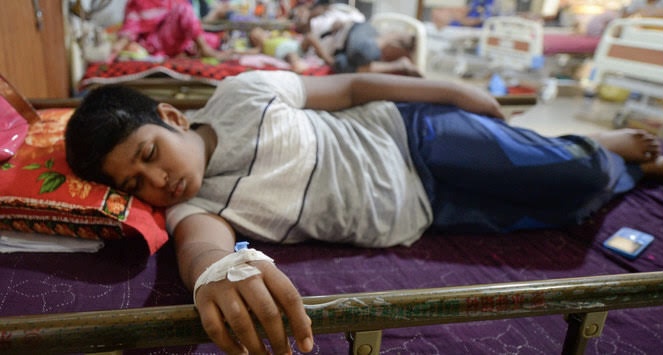 The Bangladeshi government on Tuesday reported another eight deaths from dengue fever, bringing the total number of fatalities to 213 this year in the country.

According to a report from the Directorate General of Health Services (DGHS), the death toll included one in June, nine in July, 11 in August, 34 in September, 86 in October, and 72 in November.

According to Mr Maleque, as the weather changes due to climate change, the dengue outbreak is still rampant amid intermittent rains in the country, making things more difficult.

The majority of the reported cases this year occurred in the capital Dhaka.

Six hundred and ninety-two new dengue cases, including 372 in Dhaka, were reported in 24 hours by 8:00 a.m. local time Tuesday.