30 people killed as bus falls off bridge in Kenya

Authorities said that the bus must have developed brake failure because it was at a very high speed when the accident happened. 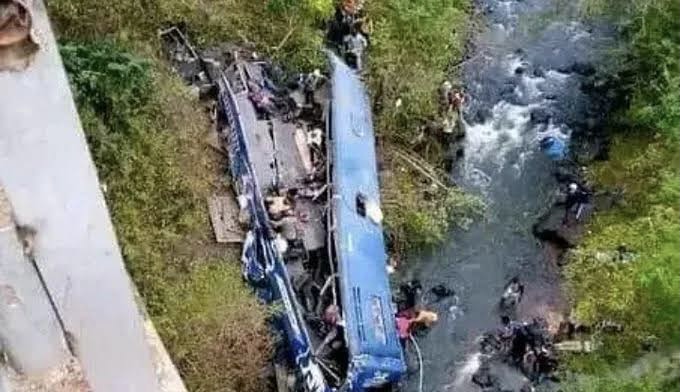 At least 30 passengers were killed and several others injured on Sunday evening when their bus fell off a bridge and plunged into a river along the highway in Tharaka Nithi, the Eastern Regional Police Commander Rono Brunei said on Monday.

The bus, travelling from Meru town to the coastal city of Mombasa, plunged into the Nithi River about 40 metres below on the Meru-Nairobi highway at around 6:40 p.m.

Mr Brunei said the bus must have developed brake failure because it was at a very high speed when the accident happened.

The wreckage of the bus could be seen strewn on the hillside near the black spot.

The accident was among a series of deadly crashes in the country. On July 8, more than 20 passengers were killed in an accident on the Nairobi-Mombasa highway.