When the Big Brother State constantly recoils into deeper fears of everyone, everything, and anything, including Sunday Igboho’s cat, know that its madness is real. 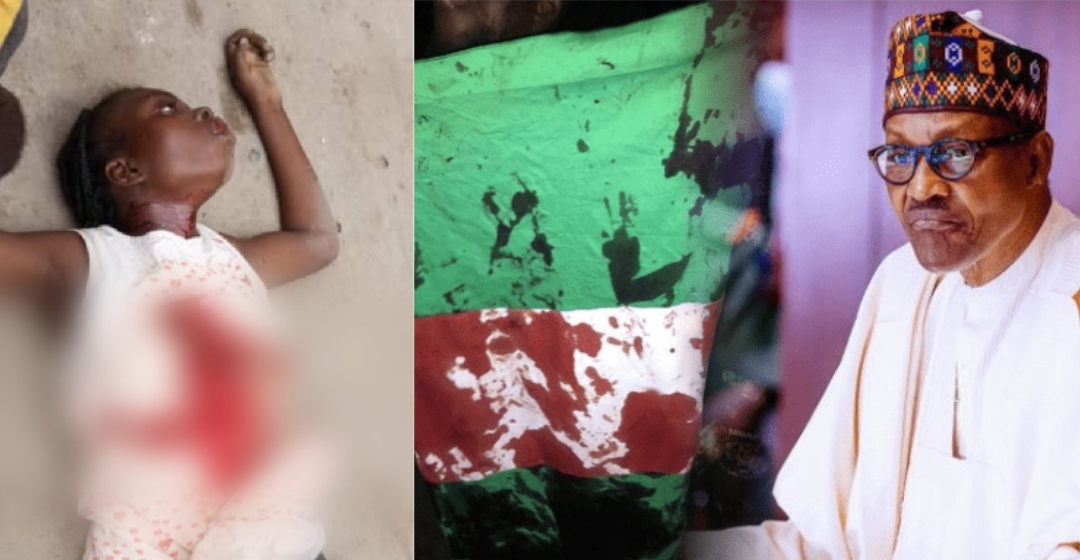 Paranoia makes governance costly under dictators. This personality disorder trait, which makes a dictator delusional, compels him to chase shadows where there is no light, enemies where there is none, to the extent that his self-repressed personality becomes the mirror that expresses his fears and anxieties.

A paranoid dictator always stands in front of the mirror of himself to glimpse his repressed self and those he perceives as enemies. Occasionally, he steps outside the mirror of himself. When he does, it is for a sole purpose: to deploy scarce state resources that should be used to develop other sectors of the state to deal with his perceived enemies.

It is this deployment which results in the arrests, detention, forced disappearances and murder of perceived enemies that makes governance costly under paranoid dictators. The paranoid dictator promotes himself beyond his natural talent.

Any wonder that the mad Roman dictator of old, Emperor Caligula, once ordered that ships be lined up in a double anchor to form a bridge in which he rode his horses across the gulf of Baiae for two days to disprove the prophecy of Thrasyllus the astrologer that he had no chance of becoming an emperor “than riding about over the gulf of Baiae with horses”.

Ordinarily, a paranoid dictator should be a patient in an asylum; but because he exercises unchallenged authority in many madder ways, the hallowed chambers of power become his permanent address. Until he is forced out by death, or by the revolts of the streets, he is attended to by his courtiers while he chases his demons like the biblical King Saul.

There is an aspect of his madness that is unspoken of – that hidden complex only the paranoid dictator knows: the pathology of doing things at his own pleasure and satisfying his whims and caprices – and hidden inside the repressed self of the dictator. In this depth of depravity only the paranoid dictator knows, he pictures the images of the beasts roaming in his eyes’ safari, the Serengeti of the self, where they delight him with their hunger for flesh and thirst for blood. Because the paranoid dictator delights in exploiting his bestiality, he must feed the beasts inside him. He must give himself pleasure. He must satisfy his own whims and caprices. His perceived enemies must die.

Wracked by demons, he finds joy in the sadness of others. “As e dey pain you, na so e dey sweet me” is his motto. It is this eternal motto of evil which encourages him to do evil and to know no good; it is this motto that symbolizes who he is: evil ruler who relishes the blood of his victims and enjoys the pain which comes with their sufferings.

Not all victims of a paranoid dictator end up being murdered. Some are lucky. Remember the great Russian writer, Osip Mandelstam? In 1934, he was seized by the secret police for reciting a poem which depicted Stalin as a killer. He was lucky not to have been permanently condemned to the claws and jaws of beasts.

The End SARS peaceful protester, Lucky Philemon, stared at the beasts unleashed by our paranoid ruler on peaceful protesters at the Lekki Tollgate and barely escaped with his life, losing his left leg. Literally speaking, he waved the stump of his amputated leg at members of the Lagos State Panel of Inquiry when he appeared before it months later to narrate his painful ordeal.

So also was Minere Amakiri, a journalist, who was arrested and detained by the Military Governor of Rivers State, Alfred Diete-Spiff, for publishing an embarrassing story on his birthday. We know the unlucky ones like Segun Sowemimo, a journalist, who was arrested by soldiers for filming the wife of the Military Governor of West while she was dancing. He was mercilessly beaten in detention, with his leg broken.

The leg was later amputated in three places. Too late. Gangrene had spread. The man died, as the crypt telegram to Soyinka’s enquiries about his fate read many years ago. Here’s another unlucky one. Gozo Nzeribe. Trade unionist. He was arrested for an undisclosed offence by General Gowon, locked away in the underground cell of Dodan Barracks and starved to death.

Last weekend in Lagos, Jumoke, 14, joined the long list of the unlucky ones. Killed by the police. Jumoke, who was merely scraping by, eking out a living for her poor family when she was felled by the bullets of the police, ought to have been protected by the state and given the good life. Rather, the state murdered her.

Soyinka was himself lucky not to have been fed to Gowon’s beasts. That he walked out of the prison alive with a prison memoir that documented the bestiality of Gowon and repudiated the evil that makes every dictator instinctively evil is a testament to the capacity of his mind. Documenting his experiences in his highly regarded ‘The Man Died: Prison Notes of Wole Soyinka’, he provided us rare insights into the conditions of the repressive state, or what I term ‘The Paranoid State Disorder’ (TPSD), and of those who feel no compulsion to expiate the guilt of their crimes.

Today, our nation-state, taking the cue from our paranoid ruler, is habitually manufacturing images of its enemies from among the citizens, while narrowing the civic space and pronouncing death sentences (by killing peaceful protesters in the streets) on those it fears are not its friends or friends of our paranoid ruler.

It is this Paranoid State Disorder that drives principal personnel of the state to commit heinous crimes against the citizens, or treat them as hostile enemies. Here, citizens’ civil disagreements with the paranoid state are perceived as treason. Think of Nnamdi Kanu and Sunday Igboho. And here, too, where surveillance is sufficient to address the fears of the paranoid ruler and state, surveillance devices and spy systems are deployed to monitor citizens. Think Pantami.