The guise of strangeness

The battle for the ethos of our being appears lost, everything is now a strange joke. 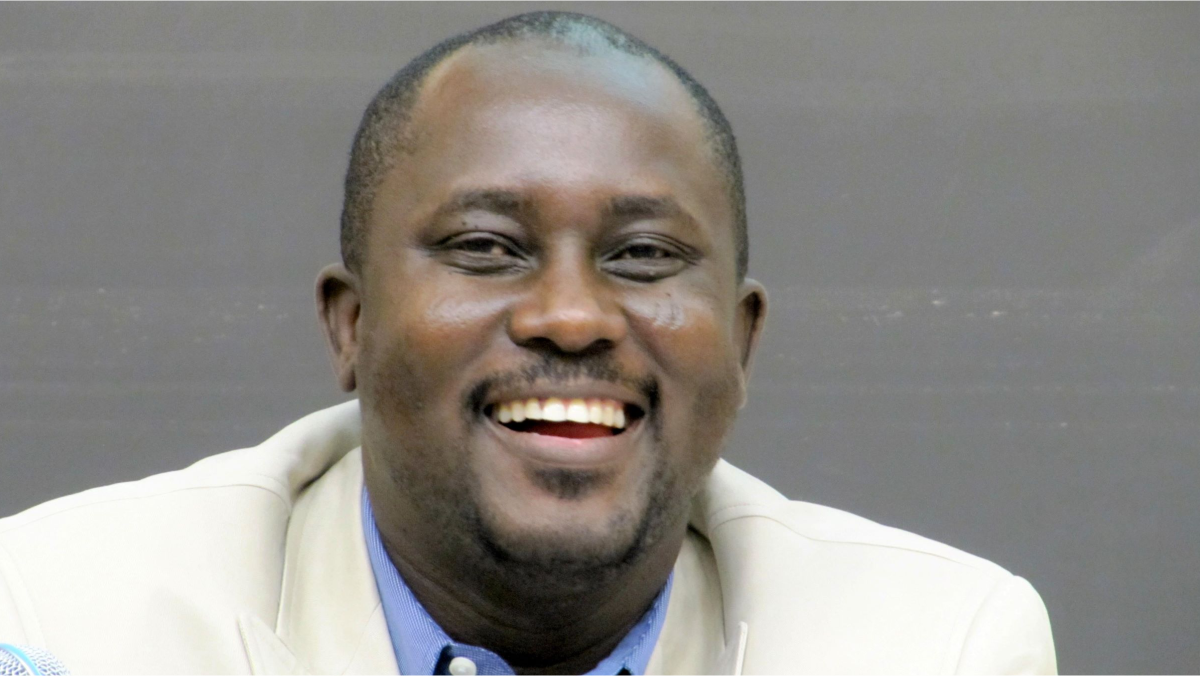 Until his sudden demise in a plane crash two years ago, my friend and kindred poet, Professor Pius Adesanmi, had a way of prodding me back to memory – that uncontested space where reflections become a burden and a necessity. A few years ago, during our telephone conversation in which we threw banter at each other, he insisted that I should not for the strangeness and the audacity of the claim be alarmed by the news which made the round at the time that a snake had swallowed thirty six million Naira somewhere in the cloak and dagger room of a government quarter in Makurdi.

For its strangeness, a strangeness that surpassed the strange way the police arrested a goat for stealing a few years earlier, I was truly alarmed as we laughed off both as sad encounters of strangeness. If he were alive today, I wonder how he would have described the strange abduction of a cat that our spooks believed was the southwest gadfly-turned-pussycat.

One thing is sure, looking back with sadness at the loss of the brilliant scholar, only Pius would have described the strange arrest of the cat with an intellect that is Adesanmi-esque and with piths that define the strangeness of being a Nigerian. A laconic description he would have interspersed with Yoruba idioms, while wielding his familiar ‘Koboko’.
Bless his soul.

I have been reflecting on the strangeness of being a Nigerian; reflecting on our everyday ways of reaching for the idiotic and the ridiculous; and the everyday strangeness of governance in our country. I have asked myself a few questions as well. Why do we have the propensity to say and do the unimaginable? Why do strange things happen in our country? Why are we taken into the depths of strangeness that we become strange beings and strangers to our reality?

To the point that answers elude me, I keep asking myself the questions, even while writing this column. But, I persist at attempting answers to the questions whenever our country and its people surprise me with strange happenings that bear no similarity to truth, whenever we are wowed by things that would ordinarily elicit shame.

And whenever we make light of strange happenings and turn them into butts of jokes that do not connect with our frightening reality and find escape from this reality that appears so unreal. In trying to take ourselves from this unreality, we end up opting out of the blue and into the black like Professor Pondei, former NDDC Acting Managing Director, who fainted during the parliamentary probe into the financial improprieties of his stewardship. He tried to shirk responsibility for the looting in his Commission by fainting (which was itself a strange happening) and ended up a national joke on national television. A whole professor!

Surely there has never been a time when our existence seemed so strange than now, so I persist at finding answers to the questions, while reflecting on the encounters with strangeness and the experiences we come away with, which appear meaningless at face value but which invariably tell about who we are, when we dig deeper beneath the surfaces of our experiences and we discover what we have become.

The battle for the ethos of our being appears lost, everything is now a strange joke.

A few years ago, while walking the High Street of Reading, England, I stumbled on a bookshop with William Desmond’s book, ‘The Intimate Strangeness of Being: Metaphysics after Dialectic’, on one of its shelves. The book instantly caught my attention. But, it was pricey. I closed my eyes and bought the book anyway. Following my conversation with Pius on ethos, two weeks to his death, I returned to William Desmond to re-grasp the ethos he conceived in his metaxological analysis of the sense of being.

Rereading Desmond after our conversation, I wondered why the moral good that is constitutive of the ethos turn out be its opposite in our reality: the moral becoming amoral; the good, bad; the serious, unserious; the decent, the risqué; falsehoods that rob us of the truth, manipulates and enslaves us – yet, we are always the first to humour ourselves with strangeness. The real problem here is how we distort the ethos and devalue what is moral and what is good.

Here is one example of how the ethos is distorted and the unreal stamped on to what remains of it: spooks pointing guns at a frightened cat, while believing that a fleeing felon had disappeared into it and assumed its form, adding perhaps more years to its ninth life.

Onward, they march the poor thing into the cell. Laughable, isn’t it? Wait for this. The strange action of the spooks has become the joke of online humour merchants: “I am not going to say this again, officer. I am not Sunday Igboho… I am just a law abiding cat living in the next house. Na rat I chase enter here”.

If anything comes close to the joke of the arrest of the cat, it is the police arrest of a goat for stealing a few years ago.

Strange, you think? Nothing is stranger than the way our unreal reality distorts and devalues the ethos. The distortion and devaluation are in themselves not strange because they are the deliberate machinations of those who lack integrity and have scant regard for the truth. They manufacture lies, where the power of imagination is lacking, carry on with their “minor inconveniences”, to borrow from Pius Adesanmi, inviting the unwary and undiscerning to accept their strange jokes as the true reality; their lies, some truths; and their values as teachings.

Here, they expect all of this from us: to think like them but not become like them, to creatively own their jokes, exalt ourselves with them, and take comfort in the fact that we have been raised to enjoy the applauses of grateful audiences of comedians- indeed, a privilege to be counted among buffoons and the ‘Alawada Kerikeri’ of our nation. Stranger, you think? Well, in a way strangeness has always been part of humanity.

Didn’t Homer end up as a stranger in his Odyssey as he searched for the strange other? The strange other is certainly with us, doing and acting strange, seeking to enthrone a distorted ethos that insults our sensibilities. Our strange other isn’t Homer, in search of the strange other; ours is the known and  strange other who have not only come to their own but are setting new records for absurdity. And this should give me pause to consider my three encounters with strangeness. You can take mental notes of yours.

The first is about the Chief of Defence Staff, General Irabor’s remark that the armed forces aren’t trained to combat terrorists. Strange. It is even stranger that the armed forces that have for fourteen years combatted terrorists in the North East suddenly realised that they are poorly equipped to fight asymmetrical warfare. Here is what is more disturbing: if his remark suggests anything, it is that the poor fighting state of the armed forces can be masked by some reference to the absurd.

The guise of strangeness here is that the General deliberately masked what should pass as the truth: that our forces have become not-fit-for-purpose, in either fighting asymmetrical warfare or conventional warfare. To be precise, we know a good deal about the real combat readiness of our armed forces when they face peaceful protesters in our streets.

The second is about the antics of the do-nothing government and its ‘oversabi’ Minister. So, how else can one explain the rationale behind the Minister of Information, Lai Muhammed’s visit to Jigawa State to commission the tallest flagpole in Nigeria. This is what makes his visit strange: of the numerous problems besetting our country, a flagpole which adds no value to ordinary citizens who live in the bloody gazes of terrorists could draw his attention that he entrained the top brass of his Ministry, with their lips pursed I suppose, to Jigawa State.

The irony isn’t lost. Here is a Minister who should have protected our law legitimising what the law bans under Section 3(2)(a) of the Flags and Coats of Arms, 2004. His claim that the owner of the flagpole was actuated by patriotism cannot pass the test of Section 5 of the Act, as the burden of proof of patriotism lies in the owner of the flagpole.

The third, which is strangely unique, relates to the ban placed by Hisbah Police in Kano on mannequins. This is the reason for the ban: “Hisbah prohibits the use of mannequins at shops, commercial and private residences and other public spaces. This violates Islamic provisions, it is also responsible for immoral thoughts among some members of the public, all these are against Islam”. The reason is clear enough.

What isn’t clear is why anyone would hide behind some sacral text and claim that his sexual peccadilloes are the result of his constant peering at the backsides of mannequins. Perverse. There is a problem here, as there is the ready admission that sexual peccadilloes and moral perversion have become the real problem among some Muslims in Kano. The problem here is that we have some perverted Muslims who sexualise mannequins that can’t arouse real humans.

Let me end the same way I began, with a question: why do those we entrust with power entrain us to the spectacles of strangeness? Pius Adesanmi answers: “… power is never interested in [such] minor inconveniences. Just manufacture lies”… in the guise of strangeness, I add.