The party decried the deplorable state of affairs under incumbent governor Okezie Ikpeazu. 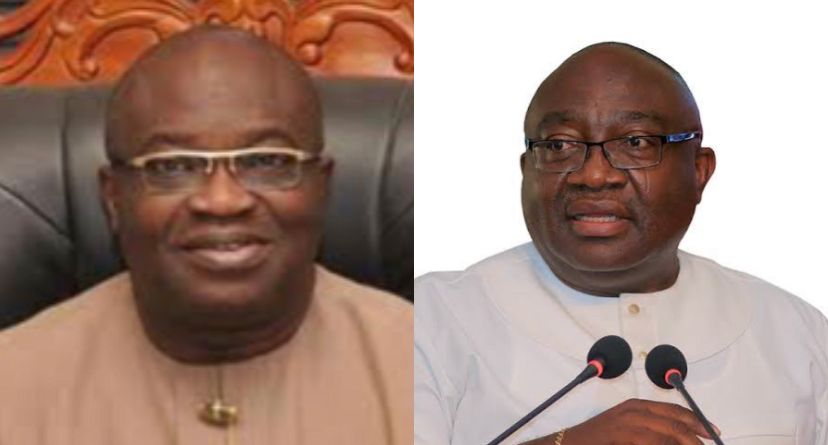 The All Progressives Grand Alliance (APGA) has accused Governor Okezie Ikpeazu of the Peoples Democratic Party (PDP) of turning Abia to a pariah state.

Emeka Nwachukwu, the Director-General of Gregory Ibe’s Governorship Campaign Organisation, made the remark at a news briefing in Umuahia on Tuesday.

Mr Nwachukwu said that the deplorable state of affairs under Mr Ikpeazu’s almost eight years had made Abia a subject of ridicule among the comity of states.

He said that APGA was poised to throw out PDP in 2023, describing the administration of governor Ikpeazu as “highly profligacious and grossly inept”.

He said that the task of delivering Mr Ibe as governor had been simplified by Ikpeazu’s misrule.

According to him, Abia had dropped from the first position before Mr Ikpeazu’s emergence to the 36th position in the state peer review mechanism index.

“Abia that prides itself as God’s own state is today a God-forsaken state.

“Abia people are now ashamed to own up to their state of origin, owing to Ikpeazu’s disastrous performance.

He charged Abia people to vote for APGA in the general elections “to secure our future and that of our children” and lay the foundation for good governance.

Meanwhile, Commissioner for Documentation and Strategic Communications in the state, Ugochukwu Emezue, said that APGA was “hallucinating” about taking over power in Abia.

Mr Emezue said that Abia had remained a PDP state and that APGA or any other party had no space in the state.

He said, “PDP has always defeated APGA in Abia because this is a PDP state and history would repeat itself in  2023.”

According to him, Abia has recorded steady and progressive trajectory with evidential transformation under PDP.